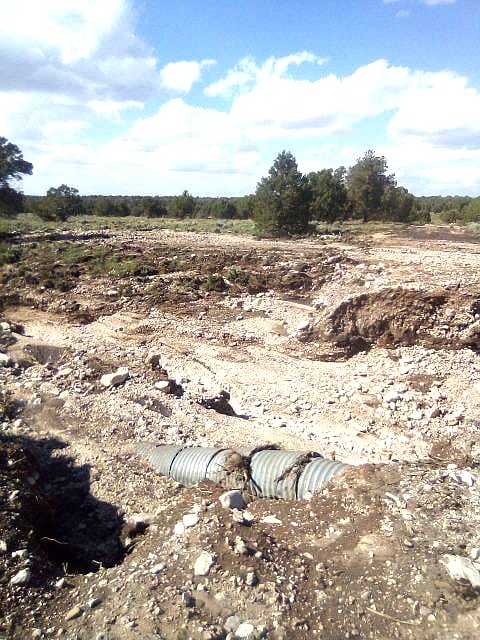 WILLIAMS, Ariz. — Because of recent rains, some forest roads on the Kaibab National Forest are washed out and/or extremely soft and muddy.

Forest Road (FR) 354 on the southwestern edge of the forest leading south to the Prescott National Forest is completely washed-out and will be closed until further notice, according to Kaibab National Forest.

FR109 and FR110, which lead to Whitehorse Lake, received minor damage. These roads remain open but are very soft. No other road closures on the South Kaibab are in place at this time.

However, more rain is expected this week, which could cause further damage.

Roads on the North Kaibab Ranger District have also been damaged because of extensive rainfall.

Kaibab National Forest staff discovered a large portion of Forest Road 422A at Jacob Canyon was washed out by flood waters, scouring away the road, depositing large rocks and damaging culverts.

For visitor safety, a three mile stretch of FR 422A will be inaccessible from FR 22 to the forest boundary with the Bureau of Land Management land on the North Kaibab.

Kaibab National Forest has personnel in the field watching for damage and working to ensure roads are passable.

More information is available from Kaibab National Forest at (928) 635-8200 or online at www.fs.usda.gov/kaibab.