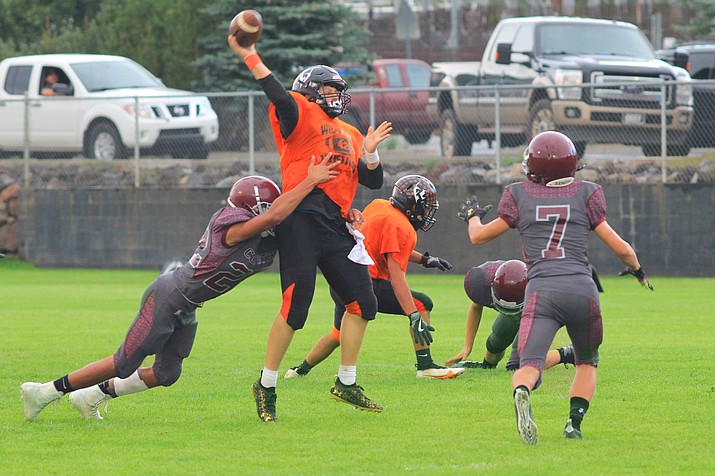 PHOENIX — The Vikings got their first taste of competition Aug. 20 as they traveled to Scottsdale to face Cicero Prep.

“We went down there wanting to play good, crisp football and I believe we did that,” said Head Coach Jeff Brownlee. “Although we knew the heat would be a factor.”

Brownlee said the goal was to be efficient with the ball, preventing turnovers and keeping the ball off the ground. 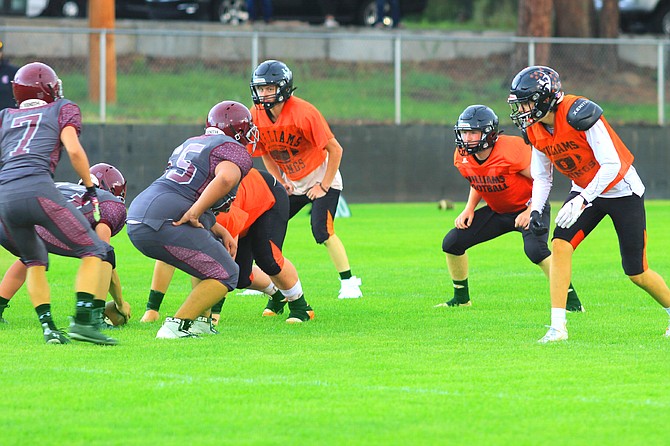 “We ran our plays well, and we realized the kids were handling the heat and are well conditioned,” he said.

“It just gives you a chance to fine-tune or work on some troubled areas you might have,” he said.

Brownlee said some of the highlights include a touchdown following a kick-off, and a defensive interception.

“All the phases of a quality football team shined that day,” he said.

The Vikings are now prepping for a face-off with Pahranagat Valley High School, out of Nevada, Aug. 27 at Williams High School. 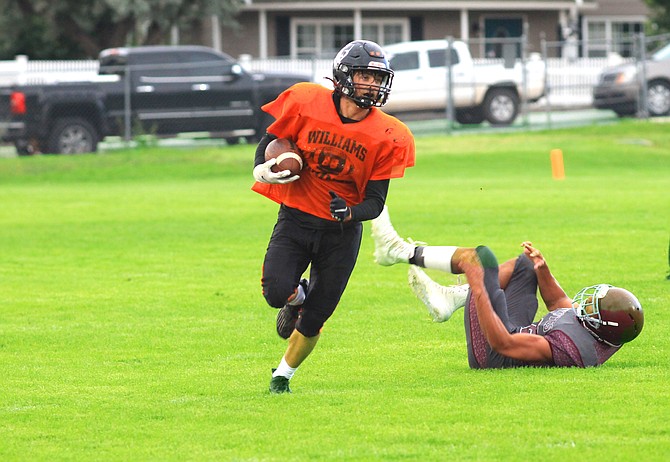 “It was a battle, but a great game by both teams,” Brownlee said.

He said the Vikings expect Pahranagat to be as tough as they were in 2019.

“They have a lot of returning kids and it will be a handful,” Brownlee said. “But we like the competition, we like to compete. Its an early game in the year with all kinds of ramifications for their program and ours.”

Brownlee said he is hoping to see the Vikings fans at the game.

“We have a great, solid fan base,” he said. “It will be a great night for football.”

After the Pahranagat Valley game, the Vikings hit the road to face Hayden on the road at 7 p.m. Sept. 3.