Patriot Day parade to honor those lost, injured during 9/11 returns to Williams in September 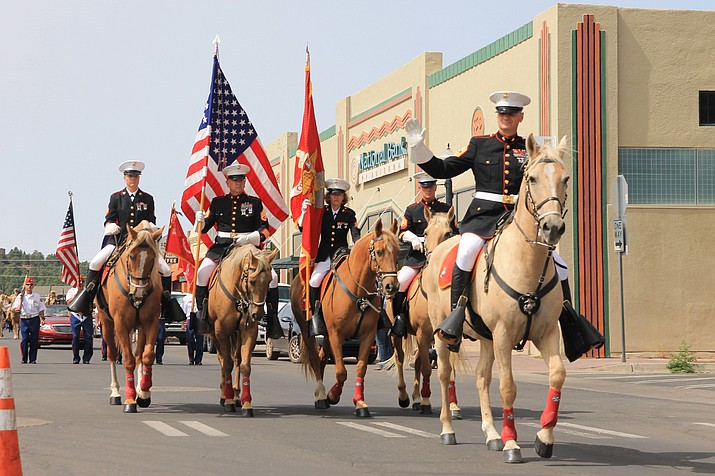 Members of the Marine Corps ride down main street in Williams during the 2020 Patriot Day parade. (Wendy Howell/WGCN)

WILLIAMS, Ariz. — The community of Williams is providing another weekend of patriotism, music and fellowship focusing on the 20th anniversary of 9/11.

Many people around the country have begun to observe Patriot Day as a way to remember those injured and killed in the Sept. 11, 2001 terrorist attacks.

This will be the second year Williams has recognized the losses by holding a parade. The event will be in downtown Williams Sept. 11 at 11 a.m. with the theme, “We Remember.”

“This is all about remembering those who were killed or injured in the attack,” said organizer Rodger Ely.

“He will be our headliner because 9/11 wasn’t about just the people lost in the initial attack, but also the first responders,” he said. “Those that ran into it.”

Following the parade, around 1 p.m., the Williams American Legion Post 13 is hosting a ceremony to honor Williams first responders and host a barbecue for the community.

Local law enforcement, EMS and fire personnel will be recognized at the event. Donations for food will be accepted.

Organizers are currently seeking entries for the parade. Those interested should RSVP via email to williamspdp2020@gmail.com. There are no registration forms and the parade is free to enter. Once confirmed, participants will receive an information packet. More information is available at (928) 286-7446.