Nipping it in the bud: Williams looks at updating marijuana ordinance 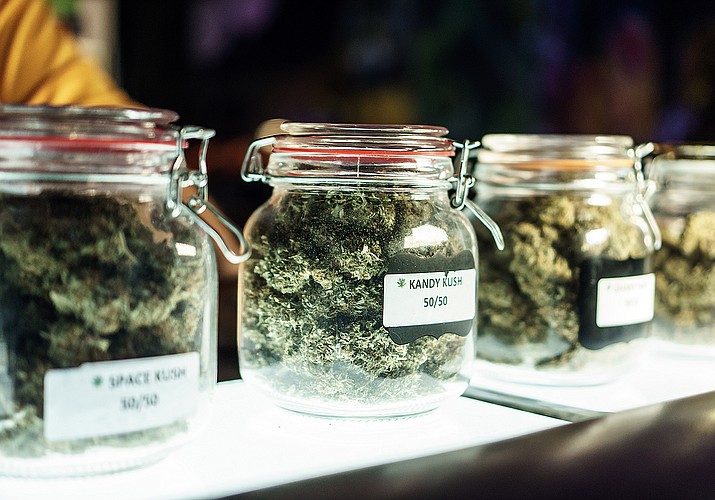 Prop 207 legalizes recreational marijuana use in Arizona, however, parameters of the sale of cannabis is determined by individual cities. (Stock photo)

WILLIAMS, Ariz. - With the passing of Prop 207 last November — which legalizes recreational marijuana use in Arizona — many questions have arisen, especially when it comes to the legal sale and use within Williams city limits.

The item came before the Williams City Council on April 22, as the city works to update its city code on the matter.

“The law, the bill that is out there, the only thing it requires is personal use and growing, anything else the council has the option to ordinance out,” said Williams Community Development Director Tim Pettit.

City staff gave council members a proposed ordinance to consider. The amendment to the Williams City Code proposes the prohibition of recreational marijuana establishments and testing facilities from operating within Williams.

Pettit said city staff researched what other cities are passing and found templates to work with. However, some council members felt the proposed ordinance was too restrictive.

“I personally feel if it’s legal, which it is, and it’s regulated and taxed, then it’s no different than alcohol,” said City Councilman Frank McNelly. “We have a brewery over here and we have liquor stores all over. We have bars, so if that’s the law of the land we need to make sure we don’t prohibit that.

Prop 207 passed easily with more than 60 percent of Arizona voters in favor of the measure. If the council decides to pass an ordinance prohibiting retail marijuana sales, it will not prohibit individuals over age 21 from legally possessing marijuana, using or growing marijuana in private residences — of up to six plants per person over age 21 or a maximum of 12 per household.

Under the terms of Proposition 207, people 21 and older can grow their own plants and legally possess up to an ounce of marijuana or a smaller quantity of “concentrates” such as hashish. Possession of between 1 ounce and 2.5 ounces is a petty offense carrying a maximum $300 fine.

The proposition imposes a 16 percent excise tax on marijuana sales to fund public programs such as education. It also authorizes state and local regulation of marijuana licensees and allows the expunging of marijuana offenses from an individual’s criminal records.

Nixon said there are many specifics of Prop 207 that are being debated by county and state officials, and he believes many will be decided in court cases. However, until the city of Williams passes its ordinance, Nixon hopes people will use common sense with any marijuana use in the city.

“We know our DUI and drug (offenses) will be going up,” Nixon said. “It’s happening every place that marijuana has been legalized.”

Nixon said it was important that the city council determine what constitutes a “public place,” as the ordinance states.

“The question that the council needs to decide on is if someone is sitting at Cataract Lake smoking pot, do we take action on that?” he said.

The march toward decriminalization in Arizona was long. Approval of the legalization measure came four years after Arizona voters narrowly defeated a similar proposal, although medical marijuana has been legal in the state since 2010.

The recreational pot measure was backed by advocates for the legal marijuana industry and criminal justice reform advocates who argued that the state’s harsh marijuana laws were out of step with the nation. Arizona was the only state in the country that still allowed a felony charge for first-time possession of small amounts of marijuana, although most cases were prosecuted as lower-level misdemeanors.

Arizona prosecutors dropped thousands of marijuana possession cases after the measure was approved. Possession in the state became legal when the election results were certified on Nov. 30 but legal purchasing options are limited by the number of licensed dispensaries.