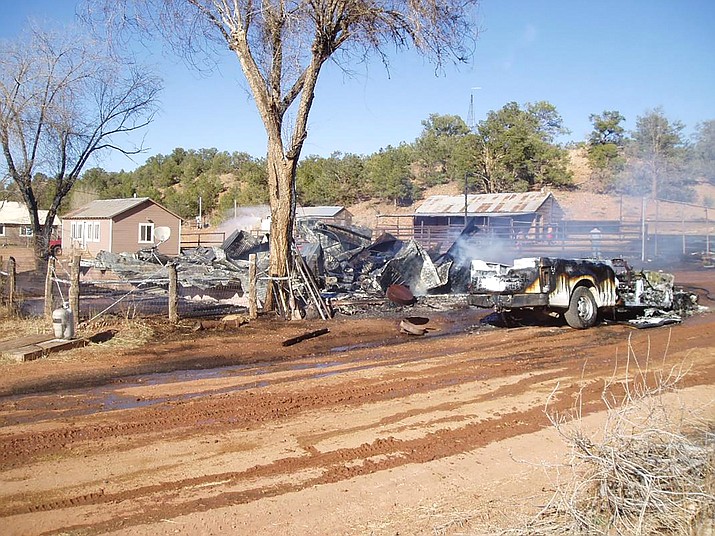 SELIGMAN, Ariz. – On April 10, at 3:08 p.m. deputies with Coconino County Sheriff’s Office responded to a report of an explosion at Rose Well Camp on the Boquillas Ranch north of Seligman.

According to CCSO, a ranch house had caught fire subsequent to the explosion and spread to adjacent structures and brush.

Ranch hands from Rose Well Camp had observed the column of smoke from across the ranch and responded to the camp to determine what was occurring. Upon arrival, the ranch hands found one of the camp houses engulfed in flames. They observed a vehicle parked near the south porch which belonged to the ranch hand who lived in the house.

Seligman Fire Department responded to the scene with two fire apparatus to suppress the blaze. While fire personnel extinguished the flames, human remains were found in the structure, which was destroyed.

The fire spread to several adjacent structures including a historic hay barn which was also destroyed during the fire. Once the fire was extinguished, CCSO detectives processed the scene, and the unidentified human remains were removed by Coconino County Medical Examiner’s Office.

The cause of the reported explosion, fire and death of the unidentified person are currently under investigation by the sheriff's office.