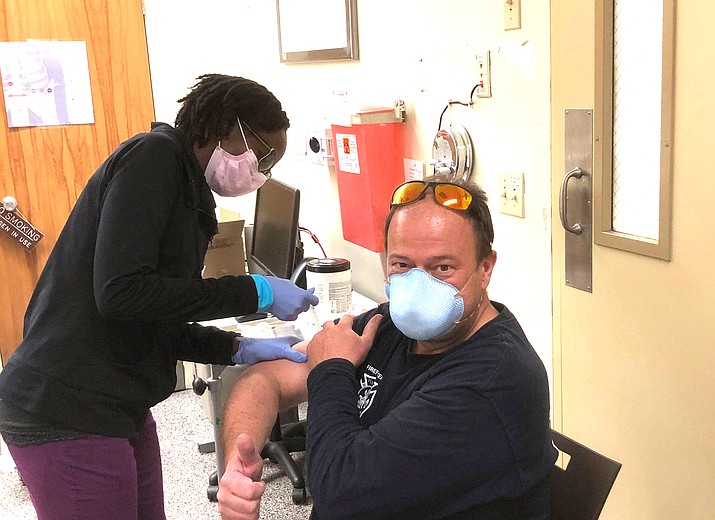 GRAND CANYON, Ariz. — As of April 8, the Grand Canyon Clinic and North Country Healthcare have administered 1,690 doses of COVID-19 vaccines to residents of Grand Canyon and Tusayan.

Combined, the population of the two communities total approximately 2,536, making the total amount of vaccines given about 68 percent of the population.

So far, an estimated 726 have received both doses of vaccine.

“We’re doing really well, (but) we’re not out of the woods yet,” said Louis Rowe, deputy superintendent of operations at Grand Canyon National Park.

Rowe reminded community members that it takes a while for immunity to build after receiving a vaccination and said social distancing and other measures are still under advisement in order to avoid asymptomatic transmission.

The clinic is also urging patients with cancellations to call as early as possible in order to avoid wasting doses of vaccine that can otherwise be administered to the next person in line.

“We simply don’t want to throw vaccinations away because of lack of timely notification,” Rowe said, as the clinic had to dispose of expired vaccine doses earlier in the week due to late cancellations.

High demands on employees because of spring break were cited as the cause of some cancellations.

The clinic also described challenges in communication such as patients’ voicemail inboxes being full and a lack of return phone calls for scheduling purposes.

Rates of transmission in U.S. on the rise since March

As of April 5, 208 million doses of vaccine have been administered in the U.S.

Approximately 32 percent of adults in the U.S. have received a first dose of vaccine, and 19 percent are fully vaccinated.

While more people are getting vaccinated, data indicates a steady uptick in cases since March 20.

According to the Centers for Disease Control and Prevention (CDC), the U.S. is in the fourth week of an upward trend in COVID-19 cases.

The lifting of social distancing and mask mandates in some areas could be contributing to this increase. This increase could also be due to the presence of more contagious variants of SARS-CoV-2, the virus that causes COVID-19, which is why it is important to remain vigilant, according to the CDC.

In Arizona, the number of new cases as of April 10 was 805, up slightly from the previous week’s total of 741.

Hospitalizations have seen a general downward trajectory for the past two months, however, numbers fluctuate weekly, according to the Arizona Department of Health Services.

Currently, Arizona’s positive rate is 5 percent. Anything under 5 percent is considered to be an indication that the spread of the disease is under control.

Additionally, free saliva testing is offered at Coconino Community College and the Northern Arizona University (NAU) Fieldhouse. More information or to register is available from Coconino County at coconino.az.gov/covid19.