Another year without monsoons?
Williams records high temperatures and low precipitation as monsoon season comes to an end 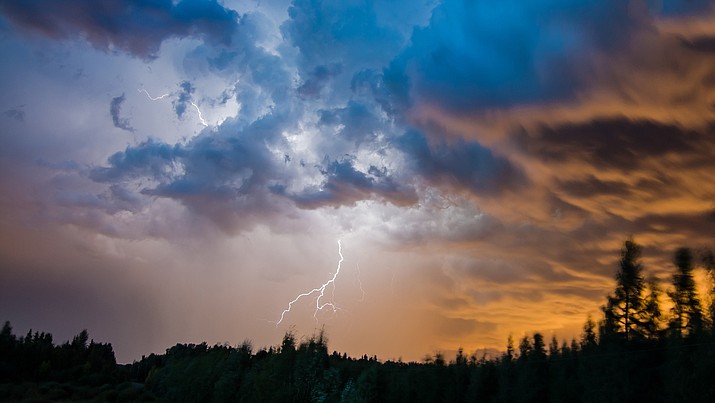 WILLIAMS, Ariz. — The Southwest monsoon season has been pretty much a bust.

Record heat settled over northern Arizona this summer and lack of moisture contributed to an expanding drought in the region.

According to the National Weather Service in Flagstaff, the 2020 monsoon season was the third driest of all time for Williams, although data will continue to be collected through Sept. 30.

Last winter, Williams saw a total of 58.5 inches of snow accumulation, which is 15.3 inches less than the norm of 73.8 inches. 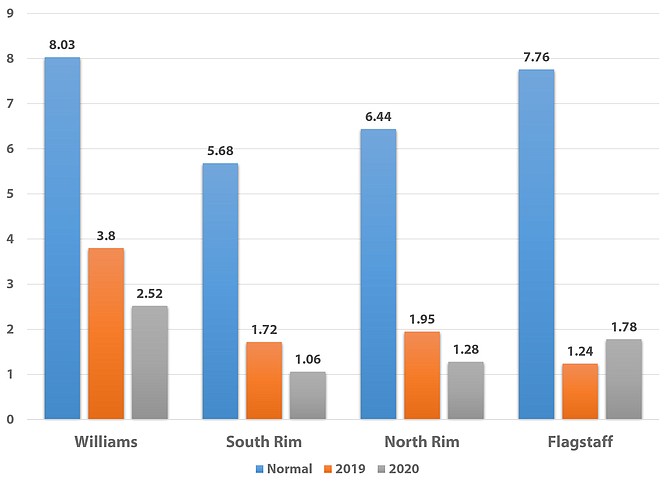 August was the hottest on record for many communities including Phoenix, Flagstaff, Prescott, Payson, Winslow, and Page.

On Sept. 3, Winslow reached a record temperature of 105 degrees, and Prescott recorded its hottest temperature at 101 degrees. In Flagstaff, the city recorded 92 degrees.

The cause of the record-setting summer heat is up for debate, but temperatures across the southwest and Arizona have been increasing for several decades. The last five years have been the hottest years on record for the United States.

According to the National Interagency Fire Center, As of Sept. 28, 3.7 million acres have burned in California, which is the most acreage burned in a single season.

Parts of Southern California endured the hottest day in its history when temperatures reached 121 degrees Fahrenheit at Woodland Hills Sept. 5.

Forecasters are predicting a La Niña winter for the Southwest this year.

According to the National Oceanic and Atmospheric Administration Climate Prediction Center, the sea-surface temperatures in the central and eastern tropical Pacific Ocean has cooled, which signifies La Niña conditions, with a 75 percent likelihood that La Niña would continue through the winter

“Because of this, La Niña winters tend to be cooler and drier than a normal winter across Arizona,” he said.

“The upwelling then produces the cooler than normal sea-surface temperatures that are required for a La Niña event,” he said.

La Niña events tend to occur on average about every four to seven years and typically last for a year, however, La Nina events can last for two or even three years on occasion, Lynum said.

La Niña’s typically have the largest influence in winter, which result in warmer and drier conditions across the Southern states and cooler conditions in southeastern Alaska, the Northern United States and western and central Canada. It also brings a wetter winter to the Pacific Northwest.