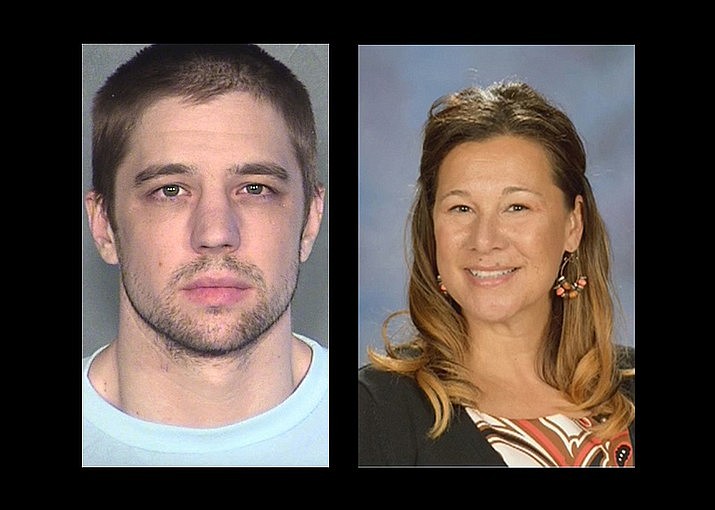 Charlie Malzahn, 32, pleaded guilty in June 2022 to first-degree murder, abandonment of a body and other charges in the death of Cathryn Gorospe. (FPD/photos)

WILLIAMS, Ariz. — It has been almost three years since Glendale kindergarten teacher Cathryn Gorospe was murdered, and suspect Charlie Malzahn remains in custody as prosecutors continue to work through multiple charges against him.

Malzahn is facing a first degree murder charge in Coconino County, but remains jailed in Maricopa County where he is facing additional charges that include kidnapping, armed robbery, aggravated assault, burglary, unlawful flight from law enforcement and theft of a vehicle, among others for incidents not related to Gorospe’s murder.

Malzahn was indicted by a Coconino County grand jury in April 2019 on several counts, including first degree murder in the death of Gorospe, and will face those charges when the cases in Maricopa County have been resolved, according to Coconino County Attorney William Ring.

“We remain firmly resolved to do our part and bring Mr. Malzahn to justice in Coconino County at the right moment,” Ring said in an email.

It was October 2017 when Gorospe, 44, who worked seasonally in Williams, was murdered.

On Oct. 12, family and friends used the Williams Police Department building as headquarters to coordinate a volunteer search party in areas around Williams.

Volunteers began their search in Williams because investigators believed Malzahn and Gorospe left Flagstaff traveling west on I-40 toward Williams.

Malzahn was spotted driving Gorospe’s vehicle in Phoenix Oct. 9 and was subsequently arrested. Gorospe was not in the vehicle. The vehicle had sustained significant damage and the interior was covered in blood.

When initially interviewed by Phoenix police, Malzahn was evasive about his knowledge of Gorospe, according to police documents.

The officer observed that Malzahn’s eyes were “bloodshot and his pupils were dilated” during the interview.

Although he couldn’t release details without hindering the integrity of the case, Sgt. Cory Runge, a spokesman for Flagstaff Police Department, said law enforcement had evidence indicating Gorospe was murdered in or near Williams.

In November 2017, the Flagstaff Police Department filed a charging request asking Coconino County Attorney’s Office to file charges against Malzahn for the murder of Gorospe.

At that time, Runge said the department requested charges through Coconino County because of evidence indicating Gorospe was murdered somewhere near Williams.

Runge said the exact crime scene had not been located, but detectives believed that Williams was the last place Gorospe was seen alive. He also said vegetation evidence in Gorospe’s car was only found in Williams and one other place in Arizona.

Runge said law enforcement believes Gorospe was injured in her car, possibly exited the car in Williams and then returned to the car.

Malzahn has been the primary suspect in Gorospe’s death and is the last person known to have seen her since she posted bail for him at the Coconino County jail for car theft charges he incurred from an Aug. 20 incident in Williams.

Malzahn is facing charges in Phoenix for crimes committed two days after Gorospe’s disappearance. He is charged with aggravated assault after punching an ASU student in her dorm room, and theft of a vehicle after carjacking another student near Apache Boulevard.

He is also facing charges for unlawful flight from officers after failing to stop when Phoenix police officers located Malzahn in Gorospe’s vehicle. An officer discovered the vehicle on Camelback Road and 35th Avenue, and the pursuit eventually involved over 10 police cars and air support until Malzahn stopped at a QT convenience store where he was arrested.

The connection to Williams

Malzahn attended Williams High School but dropped out in 2007. He is the stepson of Williams Police Chief Herman Nixon, although Nixon said he has had little contact with Malzahn over the past 10 years. All police matters involving Malzahn were handled by other officers in the department.

Malzahn has been in and out of jail for much of his adult life as he served time for theft, aggravated assault and resisting arrest.

He was released from jail in November 2016 and worked in a Williams restaurant where he met Gorospe, who was working seasonally for the Grand Canyon Railway.

In August 2017, Malzahn was arrested in Williams for stealing a relative’s vehicle and possessing a loaded firearm at the Canyon Club.