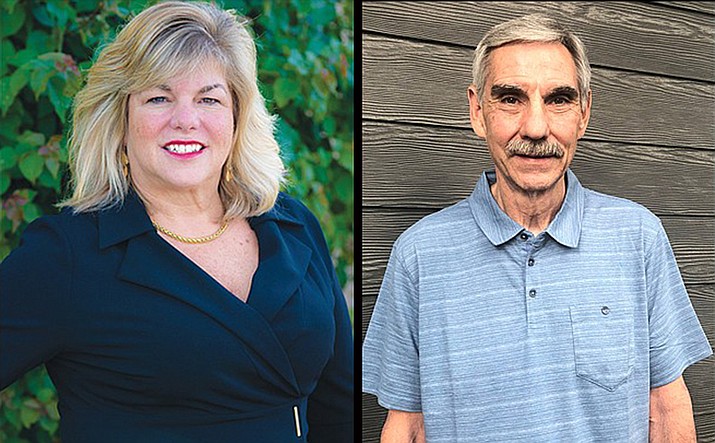 Dawn Trapp and Craig Fritsinger will be in the general election for the final Williams City Council seat. (Submitted photos)

WILLIAMS, Ariz. — The city of Williams has announced that Dawn Trapp will face Craig Fritsinger for the third open council seat in the general election Nov. 3.

According to city officials, although Trapp received a majority votes she will face Fritsinger in the general election because of a city ordinance that counts by ballot.

Many Arizona cities no longer count by ballot but use majority votes following session law that was added to House Bill 2126 that required a city or town with a population over 5,000 to use the new majority votes cast formula, according to the League of Arizona Cities and Towns.

The procedure is optional for towns with a population of less than 5,000 under the revised statute, and Williams has not adopted the count by votes.