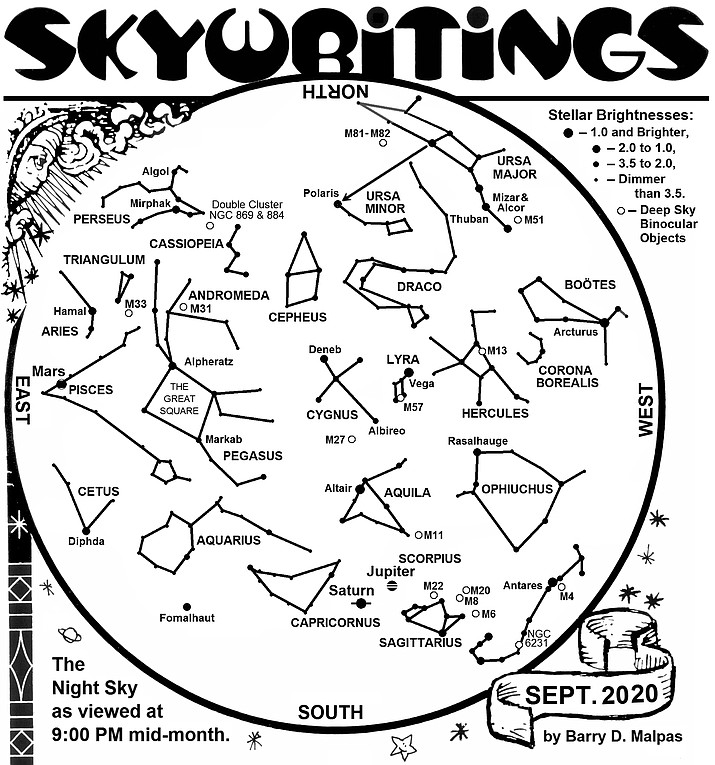 Before the application of the telescope to astronomy in 1608, the human eye was the only observing instrument available.

In antiquity ancient peoples were easily able to observe the seven planets – Mercury, Venus, Mars, Jupiter, Saturn, Sun and Moon, along with the Milky Way. They could construct constellations by connecting the stars into recognizable forms and derive stories about them. But, to what detail could they observe various small astronomical changes or measurements?

The limit of resolution (or resolving power) is a measure of the ability of the objective lens to visually separate two close objects (like stars). The maximum angular resolution of the human eye is about half arc minutes.

The star Mizar is the second star from the end of the handle of the Big Dipper, which has a close fainter companion, Alcor. The ability to resolve this close “double star” with the naked eye was often used as a test of visual acuity. In fact the Babylonians, Arabs, Romans, various Native American groups, the English, and the Turks used it over many centuries. The separation of the two stars is about 12 arc minutes, or more than 24 times the separation for the eye’s resolution. So, those with moderately good eyesight could see them as well.

Various Native American groups also used the Pleiades star cluster in Taurus as an "eye test" for warriors. There are nine bright stars in this cluster. On average most people will only see five of those stars. However, those with better eyesight may discern up to six or seven of them.

The Australian Aboriginal people have significantly better visual acuity than those with European heritage. This is true for both monocular and binocular vision. The bright star Betelgeuse, in Orion, varies in brightness by one full magnitude every 400 days, while Aldebaran, in Taurus, varies by 1/5th magnitude at irregular periods. The Aboriginal people also recognized this and that Betelgeuse also varies faster than Aldebaran. They have oral stories based on both stars.

The Chinese astronomer Gan De (400-340 BCE) made some of the first detailed observations of Jupiter in recorded history. In one of his observations in the summer of 364 BCE he reported a small star next to Jupiter. Historian Xi Zezong believes that this was the first recorded naked-eye observation of Jupiter’s largest moon Ganymede. Could this be true? Ganymede’s magnitude is 4.4, well within the visual capability of an observer, especially one with very good eyesight. And in mid-July 364 BCE, Ganymede and Jupiter appeared separated by more than four and a half arc minutes from Jupiter, nine times as great as the eye’s visual limit.

In 1943, a 3,200 year-old papyrus Calendar (dated 1244–1163 BCE) was acquired by the Cairo Egyptian Museum. Researchers have recently analyzed it in more detail which has lead them to note that the mythological texts of the Calendar reveals some unique astrophysical information, including the period of the Moon (29.6 days) as well as a variability period in brightness (2.85 days) of the star Algol, in Pegasus, which the early Egyptians strongly connected to the actions of deities. While there are other several periods coupled with various deities, they infer that Algol was connected with the god Horus which signified both divinity and kingship, and that the actions of Horus are consistent with the course of events witnessed by naked eye observations of the variable star.

Humankind has not only been observing the night sky for large and bright objects over the millennia, but for minute details and changes as well.