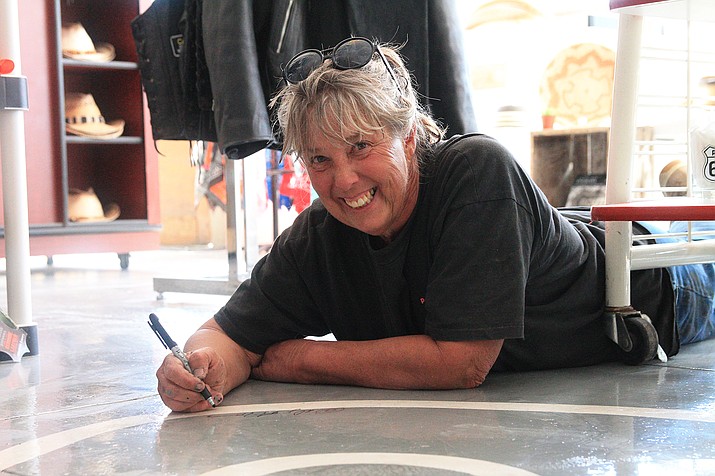 ASH FORK, Ariz. — Aircraft flying over the town of Ash Fork will now have a birds-eye view of a 30 x 20 foot mural commemorating Historic Route 66.

Route 66 artist Donna Hovet was commissioned to paint the iconic logo on the roof of Zettlers Market in Ash Fork by the store’s newest owners, Terry and Karen Tapp.

The store, which opened in 1929, was purchased by Tapp in May from Kirk and Yvette Slack. Slack purchased the store in 2014 and operated it for one year in 2016. It has remained closed since then. Now, with plans to add patio seating and an area for community flea markets, Tapp is hoping to make the store more appealing to both locals and tourists.

“We’d like to get (Zettlers) as a little bit of a cornerstone once again,” Tapp said. “It can be a nice little rest area for people.”

Tapp said the purpose of the roof mural was to help passing aircraft identify Route 66 in Ash Fork and to help put Ash Fork back on the map — especially within the flying community.

“Some of my flying buddies (I wanted to) let them know that this is Route 66 in Ash Fork,” he said. “So many people bypass it.” 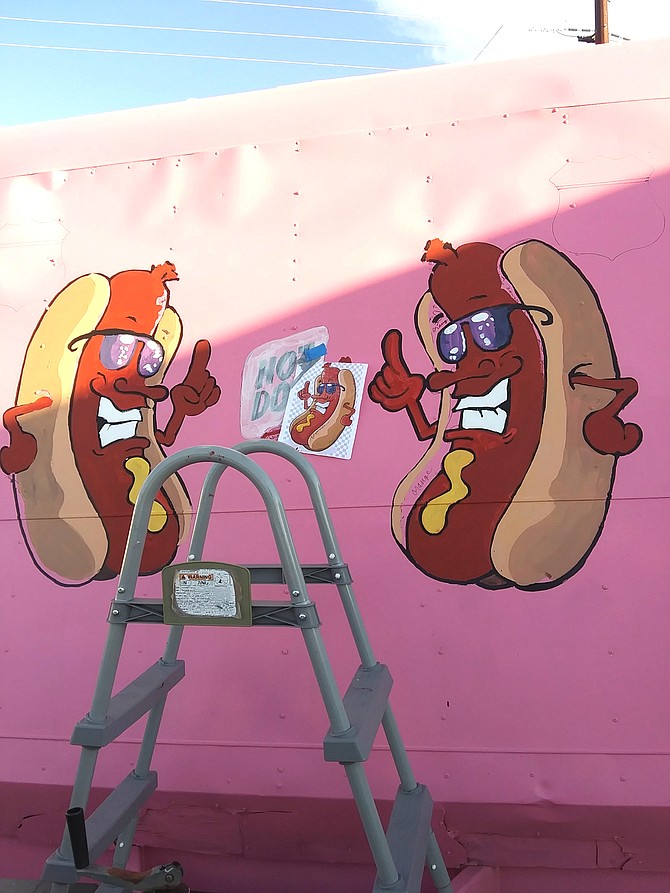 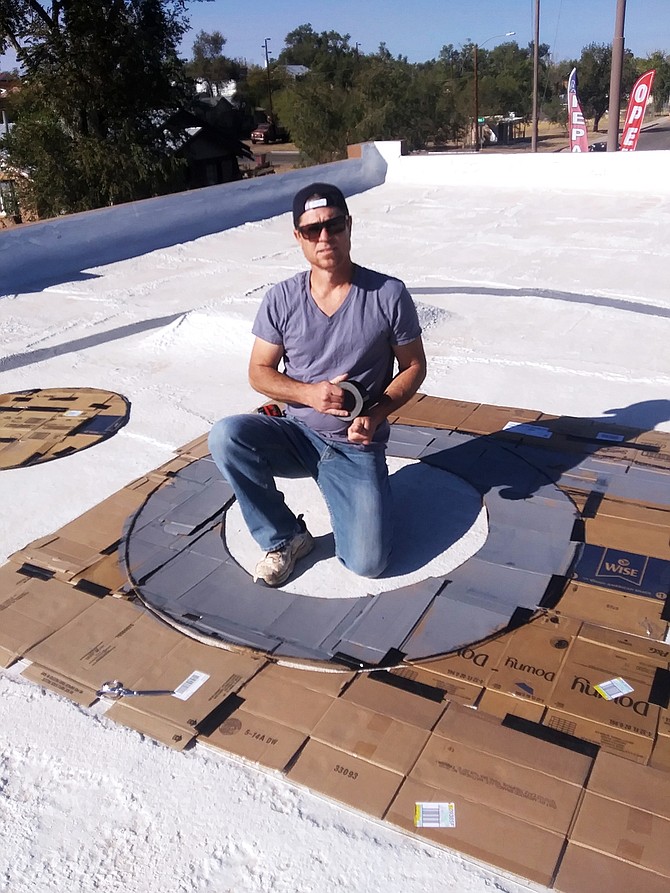 Hovet was happy to oblige in painting the mural, having spent the last 10 years in Ash Fork offering her services to help beautify the community.

she said. "It took me seven years to paint 12 murals in the Cooper State Motel. So my name was on Route 66 and it went throughout the world because of (the people) who come there and stay and they’d take pictures and would Facebook me and say, ‘I love your work.’”

But most of that work was behind closed doors and Hovet wanted to leave a lasting legacy on Route 66 through her artwork. She had previously been commissioned by Zettlers’ previous owners to paint a Route 66 emblem on the floor of the store, but had been told she could not sign the painting.

“I always wanted my name on Route 66,” she explained. “So the new owner called and said he wanted me to sign (that painting) and do one bigger — his whole building and he said, ‘It’s going to be your legacy.’”

In addition to the roof mural, Hovet said she plans to paint a mural on the east wall of the store.

In 2014, Hovet was awarded the State of Arizona Honor Society of Artists and Entertainers award and named a 2014 Bad Ass Chicks of Route 66. She was accepted into the Route 66 Alliance of Muralists, New Mexico, Arizona and California in 2015. In 2005, Hovet won the Glass and Gem Show in California for her mini glass paintings and in 2015 and 2016 she won People’s Choice for her oil paintings at the Prescott Center for the Arts. She has painted more than 100 murals, 15 are in Ash Fork.