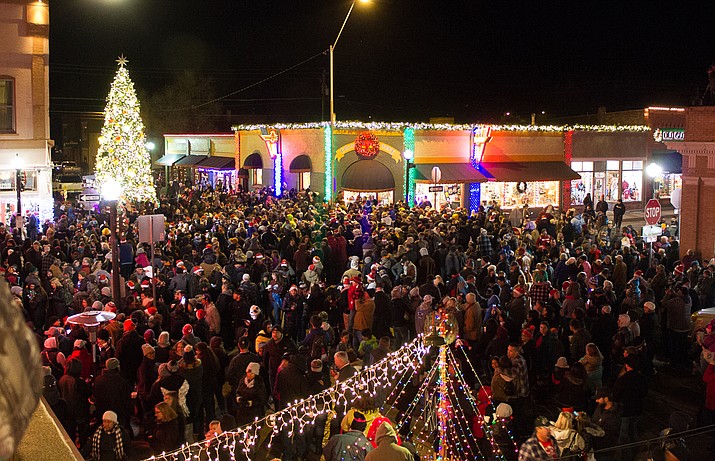 The annual Williams Christmas parade draws visitors from across the state. (Wendy Howell/WGCN)

WILLIAMS, Ariz. — The community of Williams is eager for the return of the annual Christmas Parade following the cancellation of last year’s event because of the significant Thanksgiving snowstorm that blanketed downtown.

“Hometown Strong Christmas” is the theme of this year’s parade.

Because of the ongoing pandemic, the city of Williams and The Williams Christmas Committee began organizing the event later than usual. Typically the committee begins organizing and year in advance.

“The lights have already gone up and we are eager for a return of our annual parade and tree lighting,” the committee said.

Contests will take place right after the tree lighting ceremony. Prizes will be handed out and Santa will be present for the events.

In 2018, the committee had a record breaking 35 entries in the Light Parade.

The city has contracted with Christmas Light Decorations out of Mesa this year who is providing additional lights to include City Hall, the Williams Visitor Center, the gateway arches and the downtown Rotary clock.

The committee is currently looking for sponsors and accepting donations for this year’s parade and lighting.

Christmas character costume contests and the Christmas trivia contest is being arranged by the committee. The residential and business light decorating contest will be sponsored by Williams-Grand Canyon News.

Parade applications can be picked up at the Williams Visitor Center at 200 W. Railroad Avenue. or the Williams-Grand Canyon News at 118. S. 3rd Street. Applications are due by Nov. 12.

More information on this year’s parade or any of the events is available from Pimi P. Barrozo-Bennett at pimi.bennett@yahoo.com or (928) 853-7784.