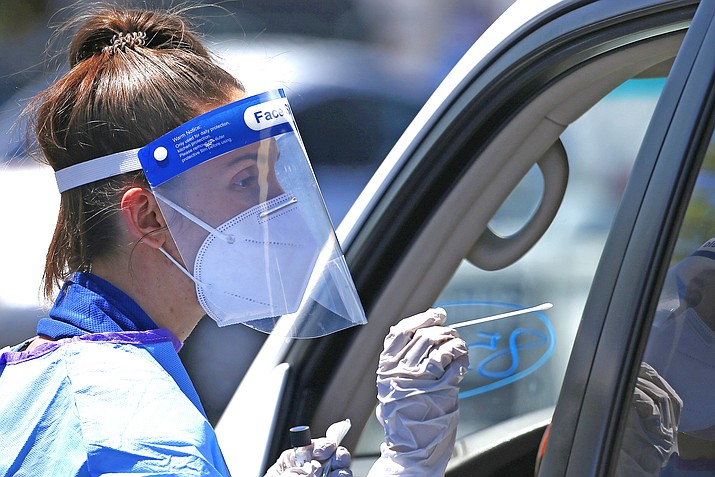 There have been a cummulative total of 91 cases within the 86046 zip code since the initial spread of the virus in Arizona in early spring, according to Coconino County officials.

Active cases are removed from the list after 14 days, the time experts believe the virus is no longer present.

Ash Fork has 1-5 cases reported since March, and Parks has 12. Grand Canyon Village/Tusayan has recorded 60.

Coconino County reported 204 new cases for the week of Oct. 4-10, which translates to 138 cases per 100,000 people. The positivity rate of testing is at 5 percent. The county reports “moderate” community spread.

The county has had 4,462 confirmed cases since the onset, with a 9 percent cummulative positivity yield.

Arizona is seeing a slow increase in the average number of coronavirus cases since a decline that lasted through August and September appears to be ending.

Arizona was a national hotspot for the virus in June and early July, but numbers began to drop last month.Officials with the Arizona Department of Health Sciences said there have now been 231,149 COVID-19 cases and 5,827 deaths statewide since the pandemic began.