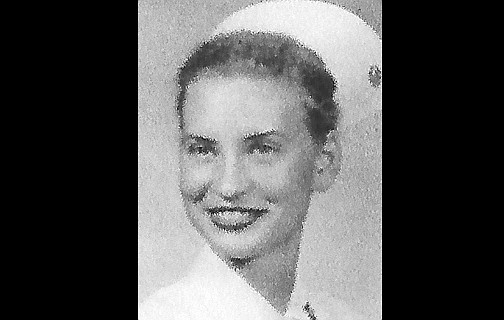 She was preceded in death by her husband, Paul, of 49 years, her oldest son, Todd and her mother and father, Mahala and Thurman Mayes. Cathy leaves behind her son, Mark and his wife Sharon, a daughter in law, two grandchildren, four great grandchildren, as well as her two sisters Carleen Mead and Opal Bolles and their families.

Cathy was born and raised in Williams, Arizona. She remained in Williams until she graduated from high school and left to attend the ST. Joseph Hospital School of Nursing in Phoenix, Arizona. After graduating from nursing school, she and Paul, who dated all through their years in Williams High School, married and spent the majority of their years in Redding, California, where they raised their sons Todd and Mark who both proudly served in the U.S. Navy.

Cathy spent her 40+ years as a registered nurse at the Mercy Medical Center in Redding. Cathy was appointed Assistant Director of Nursing in 1970 and through the years was praised for her proficiency in developing and documenting operation procedures in infection control to meet the California state laws for medical procedures. She was recognized for her diligence in Infection Control Surveillance and Prevention.

Cathy loved her yeas in nursing and helping others.

Along with her successful nursing career, she was very active with her many friends in Eastern Stars, Red Hats and Friendship Club.

Cathy loved the Lord and will be greatly missed by many. A family service will be held at a later date.