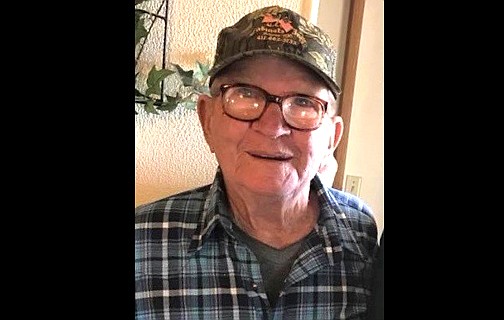 Long time Williams resident, George Lee Johnson, 90, passed away peacefully in Surprise, Arizona, October 13, 2020 with his family by his side.

George married Lola Beatrice (Bea) Long in Buckeye, Arizona November 24, 1949. After the ceremony George probably pushed his new bride down the streets of Buckeye in a wheelbarrow. George was a Marine during the Korean Conflict promoted to Lance Corporal. They moved to the Williams area in 1958 where he worked in construction and logging and was a member of Knights of Pythias.

Bea passed away June 2017. They are survived by their five children, Joyce (Daniel) Colf of Missouri, Gary (Kathy), Dennis (Carol) and Sheldon (Donna) all of Williams and Peggy (John) McCahan of Peoria, Arizona. George was blessed with eight grandchildren, sixteen great grandchildren and seven great-great grandchildren.

A Memorial service will be held Saturday, October 24, 2020 at Cataract Lake County Park, (west side) at 10 a.m. Flowers can be sent to 888 Wells Fargo, Williams.