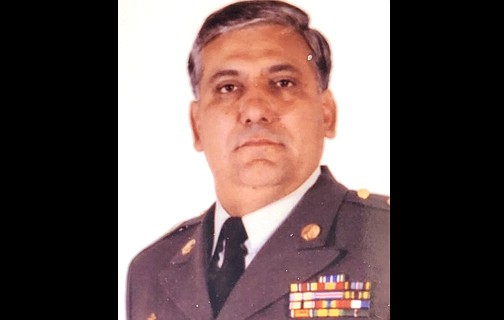 He was raised by Joe B. and Juanita Martinez. He attended Williams area schools and graduated from Williams High School in 1968. He then joined the Army. He was stationed in Korea and Germany. He was honorably discharged in 1971.

He came back to Williams and met his wife, Valerie. They were married on June 16, 1973. They had 3 children, Tangie, Renee’, and Lawrence.

He started his career at the U.S. Forest Service with the Chalendar Ranger District. He traveled across many states fighting fires for 30 plus years. He served in the National Guard and moved up within the ranks in 30 plus years of service.

He spent his free time hunting with his family and coaching. But, his favorite hobby of all was spending time with his grandchildren.

He is survived by his wife, Valerie, of 47 years, children-Tangie (Carlos), Renee’ (Ricardo), and Lawrence (Denise), and grandchildren-Joe, Jessica, Ariana, and Makenna.

He was preceded in death by his parents, Joe B. and Juanita Martinez and brothers Frosty Rodriguez and Ray Martinez.

Services will be Saturday, October 17, 2020 at Canyon Chapel-720 W Sheridan Ave, Williams, AZ. The viewing will be at 9:30 am and funeral services at 10:00 am. Burial will follow with full military honors at Williams Cemetery. Reception will follow at 1 p.m. at the Legion Hut-425 W Grant Ave, Williams, AZ. Please bring a dish and stories to share.