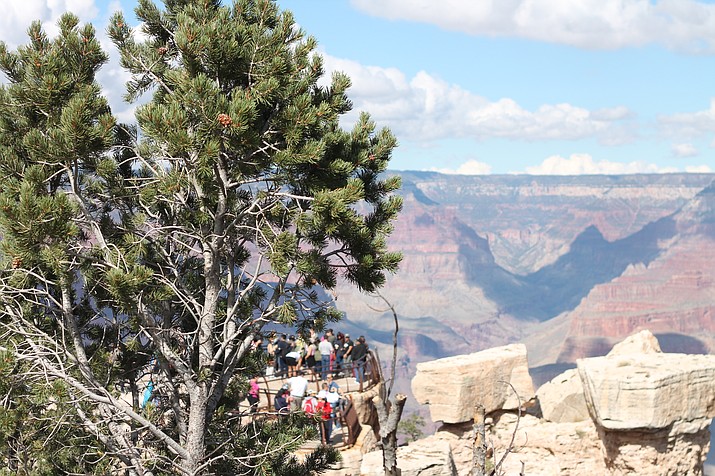 Edwin Dahozy was sentenced to 37 days in jail, one year probation and banned from Grand Canyon National Park for the duration of his sentence. (Loretta McKenney/WGCN)

GRAND CANYON, Ariz. —Following an investigation by Special Agents of the National Park Service Investigative Services Branch (ISB) and U.S. Park Rangers, a man has been sentenced to serve time in jail for violating an Order of Protection while within Grand Canyon National Park.

Edwin Dahozy, 54, was sentenced to 37 days in jail followed by a year of supervised probation, and must complete domestic violence counseling. Dahozy is also banned from Grand Canyon National Park for the duration of his sentence.

The charges stemmed from an incident on Aug. 15, on the South Rim of the park. U.S. Park Rangers responded to a report of domestic violence at a residential area and later located and apprehended Dahozy as he attempted to hitchhike out of the park.

The case was prosecuted by the U.S. Attorney’s Office for the District of Arizona. Victim support and services were provided by Coconino County Victim Witness Services. We are dedicated to ensuring every victim of or witness to a crime that occurs within the National Park Service community is treated with dignity and respect, that they are informed of their legal rights, and provided with the support and services they are entitled to.