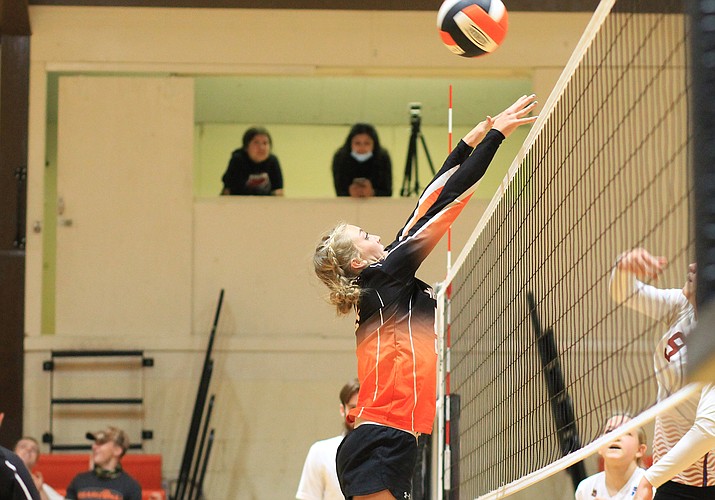 Sydnee Mortensen goes for a block in an earlier game with Northland Prep. (Wendy Howell/WGNN)

WILLIAMS, Ariz. — Drew Logan had three touchdowns and Blake Smith contributed two in the Vikings first game of the season Oct. 2 against Bagdad.

The Vikings had their first taste of competition with the ever poweful Sultans, pulling out the win 58-46.

First year quarterback Zain Grantham completed five of 14 passing attempts, and carried the ball in for one touchdown.

Logan also caught three receptions for 104 yards and had one interception. He averaged 27.5 yards on two punts, and averaged 54 yards on nine kick offs.

The Lady Vikings are three for three in their first games of the season, and cruised past the Sultans 3-1, Oct. 2.

The Vikings football team next faces Joseph City Oct. 9 on the road at 7 p.m.

The Lady Vikings face Mayer Oct. 8 and then travel to Joseph City Oct. 9