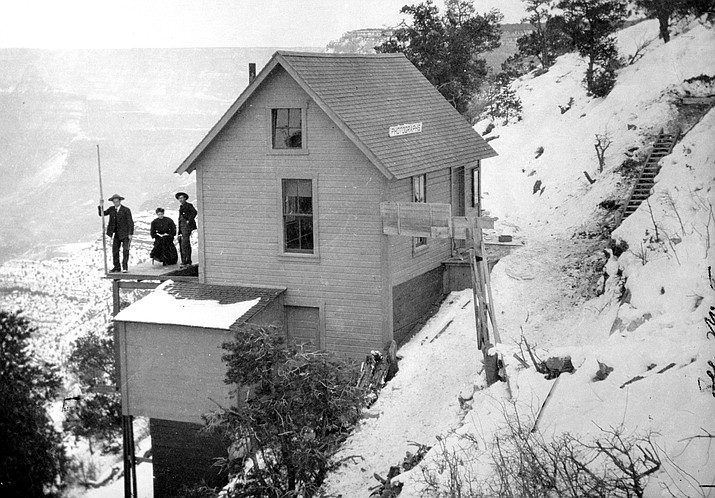 Dec. 2 update: Kolb Studio has closed again because of a lack of staffing, according to Grand Canyon National Park. For the latest status of closures and modifications, visit /www.nps.gov/grca/planyourvisit/

GRAND CANYON, Ariz. — The Kolb brothers not only gave the country some of the first images of the majestic Grand Canyon, but their daredevil adventures and perseverance in the face of adversity helped establish the park as a wilderness icon for people across the world.

Their stories are told in numerous publications and several commercial films, but for those who want to step in their footsteps, the National Park Service has recently announced the reopening of the Kolb Studio on the South Rim of the Grand Canyon.

The 114-year old studio was the basecamp for the numerous Kolb adventures, and had been opened to visitors until the coronavirus pandemic pushed the park service to close the facility in March to limit the spread of the virus. 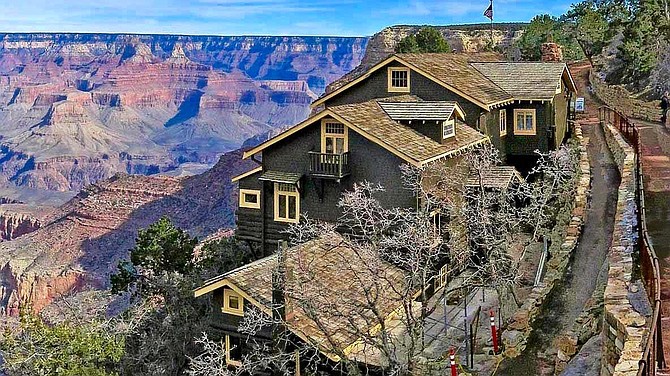 The Kolb Studio has reopened after a temporary closure because of the COVID-19 pandemic. The studio includes an art gallery, book store and historic exhibits and is currently hosting the Grand Canyon Celebration of Art. (Photo/Grand Canyon National Park)

The Kolb brothers were pioneer commercial photographers, whose epic adventures were filmed and shared across the country in the early 1900s.

The Kolb brothers were bold and innovative, as they originally set up shop in a tent on a mining claim at the South Rim, developing their photos of mule riders in an old cave while using water from a muddy cow pond.

Ellsworth Kolb left Pennsylvania for the South Rim in 1901 to work at the Bright Angel Hotel, before Grand Canyon was a national park. After several months, he encouraged his brother Emery, who was dabbling in photography, to join him to take photographs of the Canyon’s mule riders. When Emery arrived in Williams to transfer trains to the Grand Canyon, he found a photography store for sale and purchased it for $452. After a year, the brothers moved their business into a tent on the South Rim and in 1906 built the Kolb Studio.

The Kolb brothers strived to make a living with their photography business on the edge of the Canyon. Once the studio was complete, the brothers spent the next 12 years establishing themselves as professional photographers. They became bolder in their photography endeavors and gave people a glimpse of the wild inner canyon, with photos of themselves dangling from ropes or traversing steep rock faces with handmade ladders.

The brothers eventually tried their hand at motion pictures, and in 1911 they documented their 101-day boat trip navigating the Green and Colorado Rivers from Wyoming to Mexico. The footage was made into a film and was shown in the Kolb Studio from 1915 until 1976, when Emery died.

Emery and Ellsworth were among the first entrepreneurs to share the wonders of the Grand Canyon to the masses. After years of documenting the Canyon’s treasures on film, the brothers eventually toured the country showing their film and selling albums of photos while making a name for themselves. 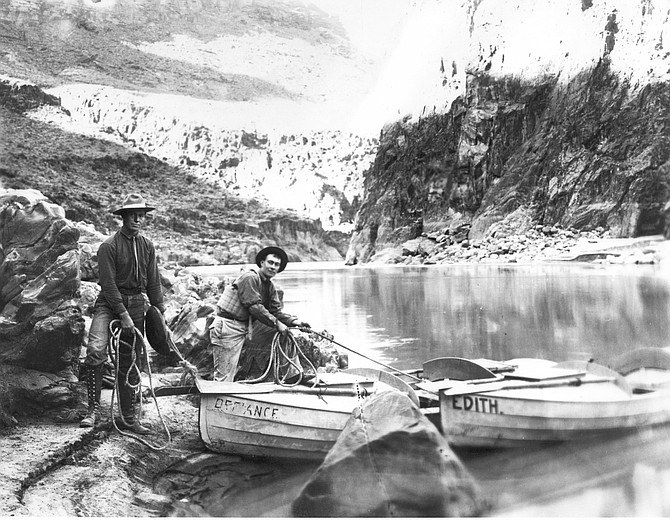 Emery and Ellsworth Kolb opened the Kolb Studio on the South Rim of the Grand Canyon in 1902. (Photo/Kolb Brothers/NPS)

During this time, the Fred Harvey Company and the Verkamps were establishing businesses on the South Rim. The Fred Harvey Company operated the El Tovar which was known for its elegant dining, fine food, upscale accommodations and famous “Harvey Girl” waitresses. The company was highly competitive and tried to limit the Kolbs from showing their film at the Canyon.

The Kolb’s eventually needed to expand their small studio on the rim to accommodate those who wanted to view their movies. In 1915, the Studio was expanded to three stories, which allowed the Kolbs to have an auditorium where the movie ran for 61 years, the longest-run movie of all time.

With their experience in photography and their in-depth knowledge of the Colorado River and canyons, the U.S. Geological Survey hired Emery and Ellsworth to captain boats for surveys through Cataract Canyon, Lee’s Ferry and the Grand Canyon in 1921 and 1923.

However, in 1924, the brothers decided to go their separate ways, with Ellsworth heading to California while Emery stayed at the South Rim to show their movie, take photographs and operate a small gift shop.

Ellsworth occasionally returned to the Canyon for adventures with Emery, including a trip in 1928 to help search for Glen and Bessie Hyde, who disappeared on their honeymoon trip on the Colorado River.

Competition was still fierce between the Fred Harvey Company and Emery Kolb, but the biggest change came in 1919, when the National Park Service acquired the Grand Canyon.

Emery, now married and a father, signed a concession agreement to stay at the park as tourism grew. However, the business struggled as the Great Depression set in and the park service created new rules to limit soliciting or advertising inside the park.

This was the beginning a contentious relationship between the National Park Service and the Kolb family. Over the next 40 years, the Kolb’s fought for their right to run a profitable business at the Canyon. The NPS eventually allowed some limited advertising, but pressured Kolb to sign an agreement that gave the Studio to the park upon Kolb’s death. The park expressed the desire to demolish the studio because the architecture wasn’t in line with other buildings at the Canyon.

Emery fought the park service, even soliciting help from Senator Carl Hayden, to no avail. But fortunately for the Kolbs, Congress passed the Historic Sites Act in 1935 which stated that any park structure over 50 years old cannot be destroyed.

Emery continued to live at Kolb Studio until his death in 1976 at the age of 96. He gave his life’s worth of photographs and papers to the University of Northern Arizona, who house them today.

The Kolb Studio has now undergone several renovations, is listed on the National Registrar of Historic Places and is operated by the park’s non-profit partner, the Grand Canyon Conservancy. The Studio hosts the annual Grand Canyon Celebration of Art, and has rotating exhibits, an art gallery and a book store. The Studio is open 10 a.m. to 3 p.m.

For those who can’t make it to the Kolb Studio, the exhibits can be viewed online at https://www.flickr.com/photos/grand_canyon_nps.

The NAU Cline Library has the digitized collection of the Kolb brother’s work available for viewing at http://library.nau.edu/speccoll/exhibits/daysofarchives/film.html