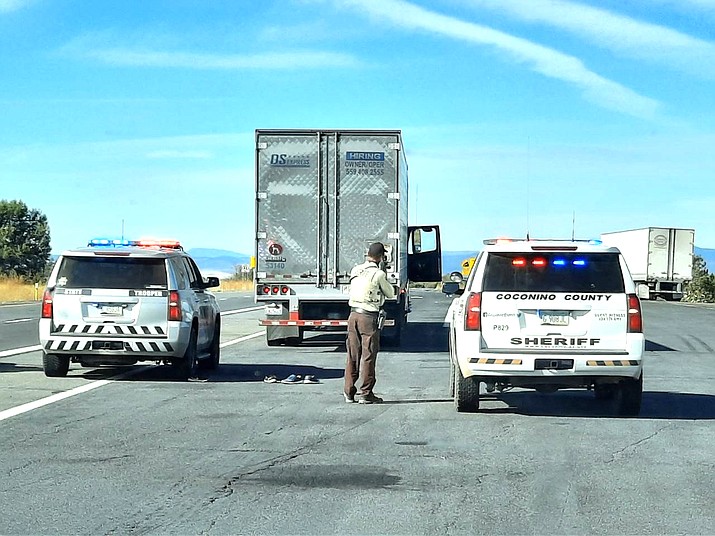 Arizona Department of Public Safety and Coconino County Sheriff’s Office respond to a report of a bomb on Interstate 40 Nov. 20. (Submitted photo)

WILLIAMS, Ariz. — On Nov. 20, residents throughout Coconino County received an emergency alert indicating Interstate 40 westbound was closed because of a police incident.

According to Arizona Department of Public Safety, troopers made a traffic stop of a semitruck in the westbound lanes of I-40 near milepost 156, just outside of Williams, when the incident occurred. DPS said a passenger riding in the semi indicated there was a bomb on board.

“Acting out of an abundance of caution, DPS closed the highway so the truck could be checked out. No explosive material was found,” said DPS spokesman Bart Graves.

An emergency alert went out to Coconino County residents via text, phone and email around 11:50 a.m.

The highway was reopened within an hour. The passenger was arrested for making a false police report.