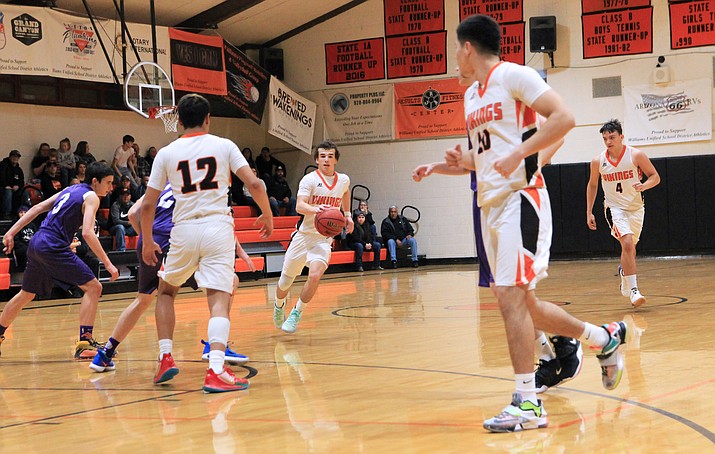 Zain Grantham works the ball down court during a 2019-2020 season game. (Wendy Howell/WGCN)

PHOENIX (AP) — The Arizona Interscholastic Association Executive Board has delayed the start of winter high school sports until January as coronavirus cases surge across the state.

The board voted Nov. 18 that winter sports seasons will be allowed to start Jan. 5 and must end by Feb. 19. Teams must practice for at least 14 days before starting competition.

The maximum number of games for basketball and soccer will remain at 20. But the board approved two extra wrestling matches, increasing the maximum allowed from 12 to 14.

Executive Director David Hines made the recommendation Monday after meeting with health officials.

“Delaying the start of the season will give our coaches and administrators time to implement safety protocols and put sports modifications in place,” Hines said. “The executive board felt it was necessary to fight for these students to have a chance. They see the need in the schools they are representing.”

The spring season has also been slightly changed, with official practices being pushed to Feb.