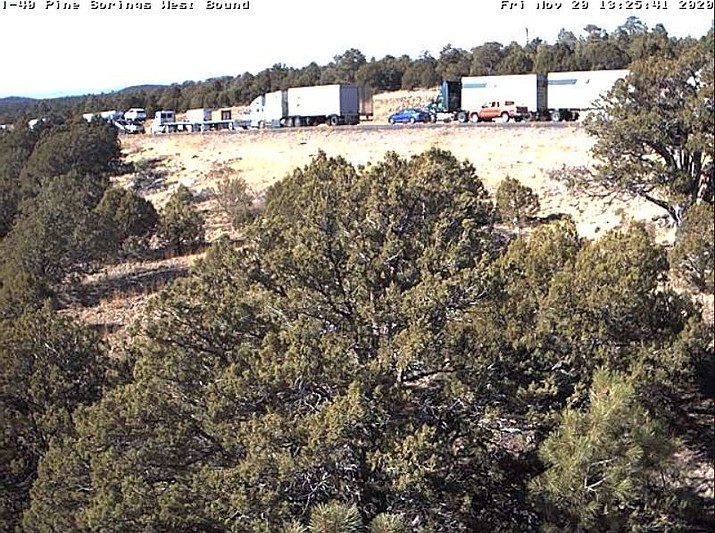 Interstate 40 west of Williams was closed briefly for a police incident the morning of Nov. 20. (Photo/ADOT)

Update: The Arizona Department of Public Safety has reopened all lanes of I-40 west of Williams.

An emergency alert went out to Coconino County residents via tests, phone and email around 11:50 a.m. Nov. 20. A second alert a few minutes later advised people the road had reopened.

The closure has backed up traffic and people can expect delays.

They said police units are still on scene and advise motorists to proceed with caution.

WILLIAMS, Ariz. - Coconino County Sheriff's Office and the Arizona Department of Public Safety have issued an alert for a police incident on I-40.

The westbound lane of Interstate 40 is closed at milepost 156, 5 miles west of Williams. The closure will remain in effect until further notice. Law enforcement officials are asking people to avoid the area.

No further information is available at this time.

Police incident: I-40 westbound closed west of Williams
False bomb report leads to Interstate 40 closure
I-40 closures near Williams could cause travel delays through June 21
I-40 lane restrictions west of Williams March 21-24
Lane closures on I-40 through Williams under way
Contact Us
Submit Questions, Comments, or Story Ideas