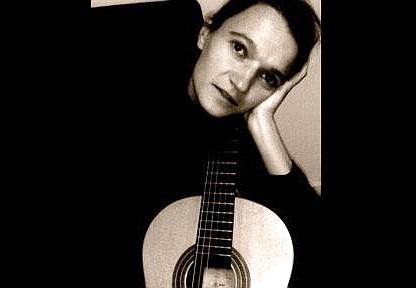 Maja Radovanlija has performed as a solo and chamber musician, touring European countries, the Middle-east and North Africa. (Submitted photo)

Born in Belgrade, Serbia, Radovanlija has been playing guitar since the age of nine.

Radovanlija completed her bachelor’s degree at the University of Belgrade and received her masters and doctor of music at Jacobs School of Music, Indiana University. During her studies, she won several prizes at international guitar competitions in Serbia and Bulgaria. Since then, she has performed frequently as a solo and chamber musician, touring European countries, Middle-east and North Africa. Radovanlija’s interests include musical genres beyond classical, such as traditional Balkan music, jazz, experimental, and improvised music.

As graduate student at Indiana University, Radovanlija won second prize at a Latin-American music competition and was included on two compilation CDs produced by the Latin-American Music Center. During her studies, she often performed new music for guitar, including pieces written by Don Freund and Aaron Travors. Her interests in guitar repertoire include wide range of music, from early music (baroque guitar) to contemporary/experimental music.