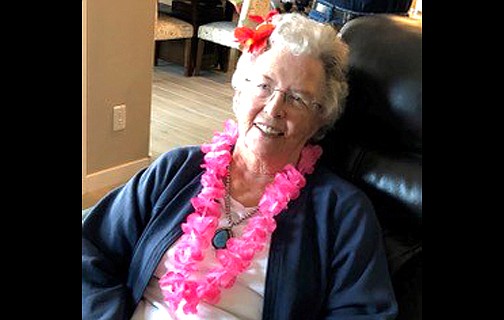 Anne Bruce Pickens departed this world to be with The Lord on All-Saints Day, November 1, 2020 at her home in Sun City West, Arizona.

She is survived by her loving husband of 62 years, Emory J. “Jim” Pickens, a son, James B. Pickens (Esther) of Tempe, AZ, a daughter, Elizabeth Anne “Betsy” Pickens of Columbia, MO; two grandsons Justin and Jared Pickens of Arizona, numerous nieces and nephews, and a special and loving “Adopted” Family, the Talamantes’ of Puerto Penasco, Sonora.

She was preceded in death by her Father, Lt. Col. Kenneth B. Shute and her Mother Ana (Sponagle) Shute, her Sister, Margaret “Peggy” Tousignant and a nephew, David Tousignant.

Anne grew up in Gloucester, MA during The Great Depression. Due to her Father’s WWII service and death, she was given a scholarship to attend the prestigious Simmons College in Boston, where she excelled and earned a Bachelor of Science Degree in Home Economics.

Anne and Jim owned and operated numerous businesses over the ensuing 25 years, including a Western Auto Store, numerous service stations and a famous landmark restaurant in Williams called, Rod’s Steak House. She was active in the service of the Episcopal Church and was a 4-H Leader in Williams.

They enjoyed a wonderful retirement together over 36 years, traveling all over the continent in their R.V. and enjoying the company of good friends too numerous to count and with a loving extended family.

We all were blessed to have her in our lives, and she will be greatly missed.

No services are planned at this time. In lieu of flowers, the family suggests donations to the Alzheimer’s Association at ALZ.org. Remembrances may be left for her online at caminodelsol.com/obituaries