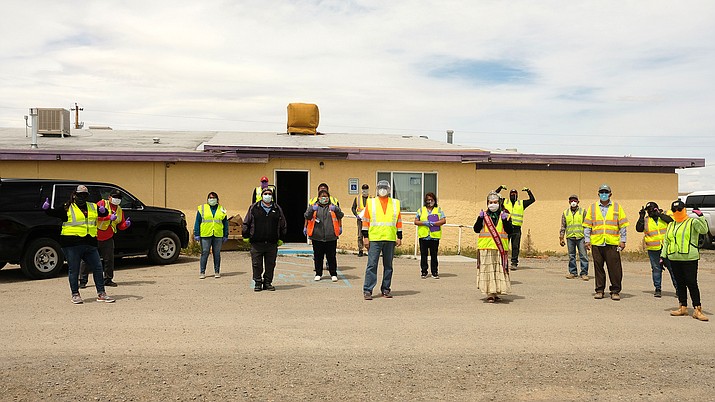 The Navajo Nation shares the eastern border of Grand Canyon with the National Park Service (NPS) and Nez stated that while many people are eager to come out of isolation, many others remain worried about a potential spike of positive COVID-19 cases and whether Arizona is prepared for reopening.

“We are disappointed to see that Arizona is reopening,” Nez said. “The Navajo Nation spans northeast Arizona where COVID-19 has devastated our communities. The Navajo Nation is blessed to be surrounded by natural beauty, including the Grand Canyon, Bryce Canyon, Chaco Canyon, and Canyon de Chelly, just to name a few. Our federal partners need to understand that we have a voice in how these parks impact our communities.”

Nez said the Nation understands the economic benefits that tourists bring, but said he is also fearful of the potential negative impacts.

“(We) hoped that when the Grand Canyon closed on April 1, the park would remain closed until our positive COVID-19 numbers have flattened,” he said.

Nez along with Vice President Myron Lizer wrote to U.S. Secretary of the Interior

David Bernhardt and National Park Service Deputy Director Raymond Vela March 24, seeking a partnership with the Department of the Interior (DOI) and NPS to plan activities in light of the high tourist traffic flowing through the Navajo Nation.

However, the Grand Canyon did not close until April 1, after Bernhardt was in receipt of a letter from the Coconino County Health and Human Services Director and Chief Health Officer who recommended the full closure of the park.

On April 13, the Nez-Lizer administration again wrote to Bernhardt requesting a partnership with the Navajo Nation on the requested closure of all the national parks and public lands located on or near the Navajo Nation. In response to that letter and subsequent conversations between the Navajo Nation and Glen Canyon National Recreation Area, Superintendent Shott made the decision to maintain the closure of the public boat ramp at Antelope Point Marina until the Navajo Nation’s position has changed.

“This is the type of partnership we need from our national park neighbors,” Nez said.

Currently, Grand Canyon National Park’s website provides only a notice to visitors travelling through the Navajo Nation that if travelling through tribal lands, they must wear face masks at public facilities and businesses to slow the spread of COVID-19. According to Nez, the park service fails to mention that the Navajo Nation has existing Public Health Orders in place that require many other precautions individuals must adhere to.

“We cannot dictate what the federal government does with national parks, and I understand people want to recreate and visit our beautiful sites and landmarks, however, the Grand Canyon should inform their visitors of our existing Public Health Orders, our curfews, and that our Nation is closed to tourism. I also hope that the Grand Canyon discourages visitors from traveling through Navajo Nation, instead of only educating on our requirement on the use of face masks,” Nez said.

On May 12, the state of emergency and the closure of Navajo Nation government offices was extended until June 7. Visitors travelling through the Navajo Nation during curfew hours will be cited. As of May 17, the Navajo Nation reached a total of 4,002 positive COVID-19 cases and 140 deaths.