Coconino County to Ducey: ‘One size does not fit all’ 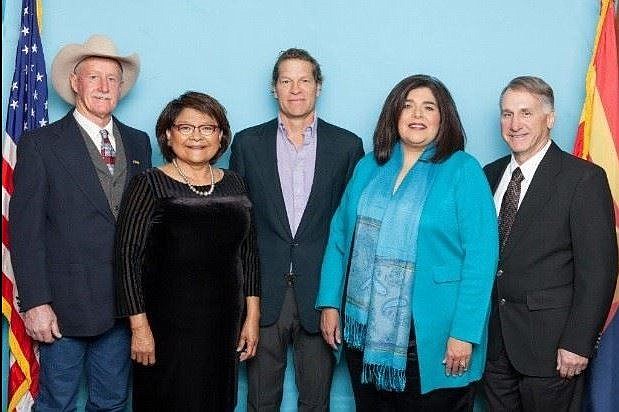 The Coconino County Board of Supervisors held a community-wide live stream town hall meeting May 6 and stated the county has not seen a 14-day decline in the number of positive COVID-19 cases which the state is using as the first trigger to relaxing restrictions.

“We have a much different scenario here than state numbers,” County Supervisor Liz Archuleta said. “We know that businesses want to reopen and workers want to get back on the job and we are balancing that desire with efforts to prevent a surge in cases in a few weeks.”

Archuleta said the county believes Gov. Ducey’s decision to reopen businesses around the state may not be in the best interest of the county.

“We will continue to advocate with the governor for a solid plan from the state and for local control for decisions that meet our needs,” she said.

Archuleta said the county is operating under the governor’s executive order for the reopening of retail businesses, barber shops and salons May 8, and the restoration of dine-in restaurant May 11.

“We are preparing to communicate with the governor’s office, that a one-size does not fit all,” she said. “And a one-size fits all reopening does not meet the reality we see in Coconino County.”

Archuleta said the county has received just a few thousand dollars from the state and federal government for the county’s COVID-19 response.

“We are America’s second largest county geographically and to date we have received just a few thousand dollars from the massive state and federal funding bills that have been passed,” she said.

Archuleta said the county is advocating for more, and the county has been financing the COVID-19 response on the ground.

“Your voice with elected officials is needed to help us pay for the work we need to do,” she said.

Archuleta said when Arizona declares a state of emergency, the state typically supplies funding to counties to operate things such as an emergency operations centers. She said the county usually fronts the money and the state or Federal Emergency Management Agency will reimburse the county.

“The unknown is that it is not a guarantee,” she said. “Sometimes that funding doesn’t come even a year later.”

“That creates a cash flow issue for the county and creates uncertainty because we don’t know if our costs will be reimbursed.”

Archuleta said the county has also received no funding from either of the two federal stimulus packages.

She said the first package included money that was directly allocated to Pima, Pinal and Maricopa counties, but not Coconino.

“The state of Arizona did get a direct allocation as well out of the package, and we have yet to receive some of that money from the state,” she said.

Archuleta said Coconino County has joined with the National Association of Counties to advocate for county funding in future stimulus packages.

“We understand there might be another one and we will continue to advocate strongly, but there are no guarantees,” she said.