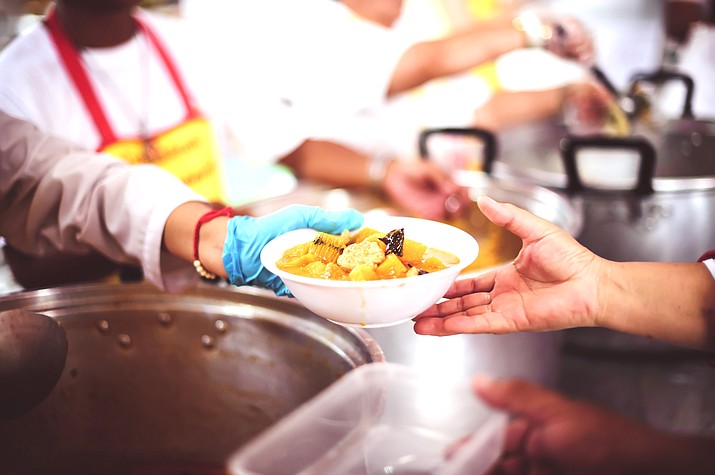 Nearly one-third of the people staying at the largest emergency homeless shelter in northern Arizona have tested positive for the coronavirus. (Stock photo)

FLAGSTAFF, Ariz. (AP) — Nearly one-third of the people staying at the largest emergency homeless shelter in northern Arizona have tested positive for the coronavirus, the shelter's executive director said May 7.

Most of the 20 people, including two staff members, with COVID-19 showed no symptoms, Flagstaff Shelter Services director Ross Altenbaugh said. The testing was done as a precaution and exposed a fear nationwide that the virus could spread among people living in close quarters, including homeless shelters.

"This is what we've been fighting against happening here," she told the Arizona Daily Sun.

Those who tested positive have been moved to a motel to quarantine for at least two weeks, Altenbaugh said. The employees also are under quarantine.

The shelter has moved up to 75 of the most vulnerable residents to motels after they tested negative for COVID-19. At the main shelter, see-through partitions now separate employees and residents, mattresses are sparse. Everyone gets their temperature checked daily. Routine testing will be done at least every two weeks.

"In a time where we need all hands on deck, we're not laying people off, we're not closed, we have more need than ever," Altenbaugh told The Associated Press. "It's a real challenge to have staff members taken out of the work flow."

She said the shelter also is seeing a rise in residents from the Navajo Nation, one of the hardest-hit areas in the country. A town bordering the reservation in northwestern New Mexico extended a lockdown until May 10 to curtail the spread.

Meanwhile, the number of cases across Arizona is nearing 10,000 and deaths have reached 450, state health officials said.

The Department of Health Services reported 24 additional deaths and 238 more infections May 7.

Yuma County officials announced the death of a child under the age of 18 who had multiple serious underlying medical conditions, saying it was the first pediatric death from the coronavirus in Arizona.

Diana Gomez, director of the Yuma County Public Health District, said the name and age of the child who died weren't being released to protect that family's privacy.

Meanwhile May 7, the Arizona Department of Health Services said testing is up after a statewide push last weekend that will continue this weekend.

Gov. Doug Ducey started loosening restrictions he had imposed to slow the spread of the virus. Salons and barbershops can reopen May 8, and restaurants can resume dine-in service May 11 if they take safety precautions.

In other coronavirus developments in Arizona:

— The Havasupai Tribe, which has no reported cases, announced this week that tourism is suspended indefinitely to prevent the virus from reaching the reservation deep in a gorge off the Grand Canyon. The reservation is known for its towering blue-green waterfalls.

— The federal government has awarded $13.4 million to 23 health centers in Arizona to expand testing to help track the spread of COVID-19. The money from the coronavirus relief package will fund staff training, equipment purchases, lab services and notifying people in contact with infected patients, according to the U.S. Department of Health and Human Services. The centers are in the Phoenix and Tucson areas, Flagstaff, Casa Grande, Tuba City, Somerton and Green Valley.

— Officials with the Salt River Pima-Maricopa Indian Community said the tribe's first coronavirus case was confirmed May 7. They said the person is a resident member of the tribal community near Scottsdale and is in quarantine. No other details were immediately released.