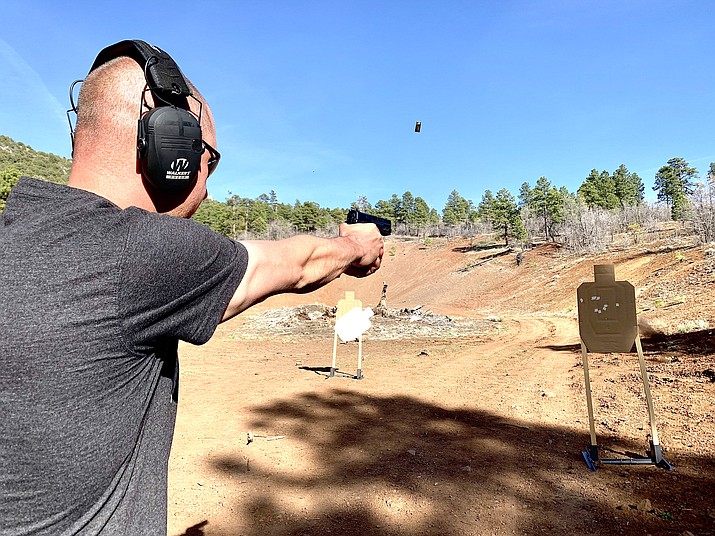 Effective May 6, the U.S. Forest Service has enacted shooting restrictions on the Coronado, Tonto and Prescott National Forests. Violating the restriction may result in an appearance in federal court, fines, or other penalties. (Loretta McKenney/WGCN)

PRESCOTT, Ariz. – As the state moves into a more active fire season in the Southwest, the U.S. Forest Service is enacting shooting restrictions on the Coronado, Tonto and Prescott National Forests effective May 6 until July 31 or until rescinded.

The Forest Service said the decision to implement shooting restrictions is driven by amplified risk of wildfire in areas increasingly vulnerable to drying conditions combined with the likely resource shortage due to COVID-19 mitigation within our fire organization.

These forests are experiencing an increase in drying trends of extreme grass fuel loads resulting from above average winter moisture. Under this restriction, discharging of a firearm air, rifle, or gas gun, except while engaged in a lawful hunt, is prohibited.

According to the Forest Service, the Coronado, Prescott, and Tonto National Forests have a history of shooting related fires. Within the last two weeks, these forests have experienced seven fires likely caused by recreational shooting, resulting in hundreds of acres of wildland fires.

While these restrictions are in place, most of the Coronado, Prescott, and Tonto National Forests are still open for dispersed recreation activities to include hunting, camping and hiking.

Violating the shooting restriction may result in an appearance in federal court, fines, or other penalties. Forest visitors will still be able to engage in lawful hunting activities.