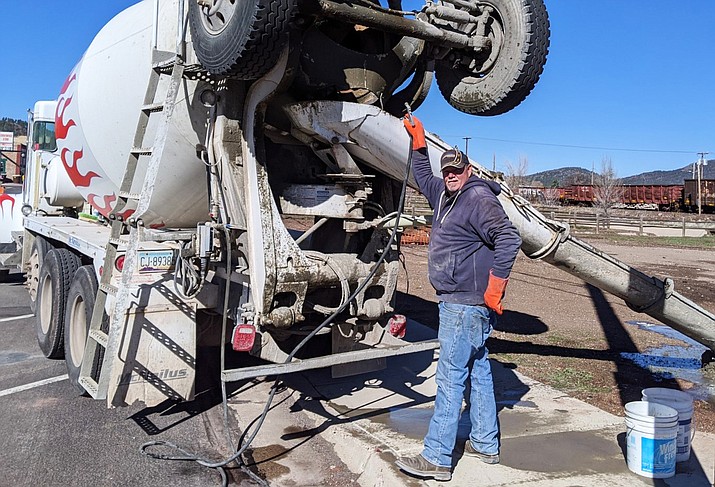 A worker from Arrow Concrete donates his time and materials for the new Glasburn Event Area. (Submitted photo)

WILLIAMS, Ariz. — Despite the quiet that enveloped Williams in April, a group of patriotic community members has been diligently working to not only bring the Moving Wall to Williams, but create a permanent park for residents and visitors.

Brought about through Mayor John Moore, a committee of Williams residents have been designing and constructing a site for the Moving Wall, a travelling replica of the Vietnam Veterans Wall in Washington D.C. since February of this year.

The Glassburn Event Area will include landscaping, a parking lot and other structures. (Submitted illustration) 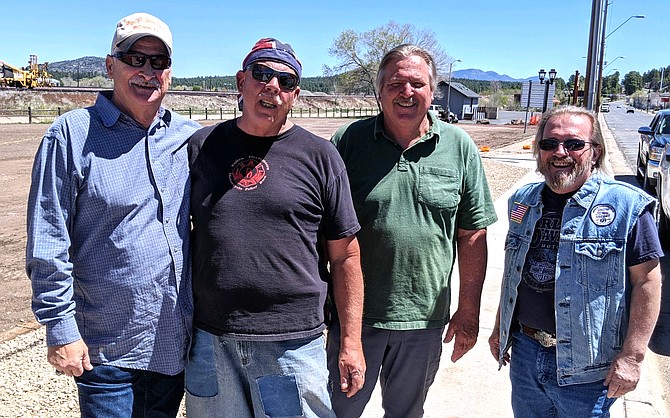 The committee, largely made up of members of the American Legion Cordova Post 13, organized with the intention of creating a temporary site for the wall in Williams, but the members realized the area would make a perfect special event site for not only the Moving Wall, but also other outdoor events such as carnivals, swap meets and other venues.

“My push has always been to have areas we can develop to keep the parking lots from being jammed with activity when you’ve got a big weekend,” said committee member John Holst. “We knew we should look at it being developed as a multiple use area for events and activities in the future, and the mayor agreed.”

With the support of the city, and private funding, the permanent park idea began to steamroll as numerous businesses began to volunteer the time, equipment and expertise to develop the one-acre area which extends from the boxcar bridge to Rod’s Steakhouse parking lot.

“It has been done professionally all the way through,” Holst said. “What we have done is partner up with a lot of people, the Legion riders and regular members, with the help of the city crews.”

As Holst and the American Legion members began reaching out, offers for help came rolling in.

Businesses such as TK Electric have provided labor to install two pedestal electrical services and underground connections. The city of Williams street department provided manpower and equipment to grade the one-acre site, and LP Excavating donated materials for a permanent parking area.

The city of Williams water department rebuilt the existing water service, and Don Dent and Outlaw Diesel donated a tractor and their time to grade the landscape area. Randy “Smokey” Baer organized American Legion volunteers to install railroad ties donated by BNSF railroad and then the group hand graded the landscaping.

Arrow Concrete donated concrete for sidewalk repair and installed traffic bollards supplied by the city of Williams shop, and the Williams Parks and Rec Department provided landscaping expertise and committed to maintaining the park dubbed the Glassburn Event Area.

Although the group is disappointed that the Moving Wall event has been postponed, they are grateful for more time to develop the site.

“As this town goes forward with reopening, they can be looking for outdoor activities and other things that can happen there,” Holst said. “We will have a site ready for people now. It just makes sense.”