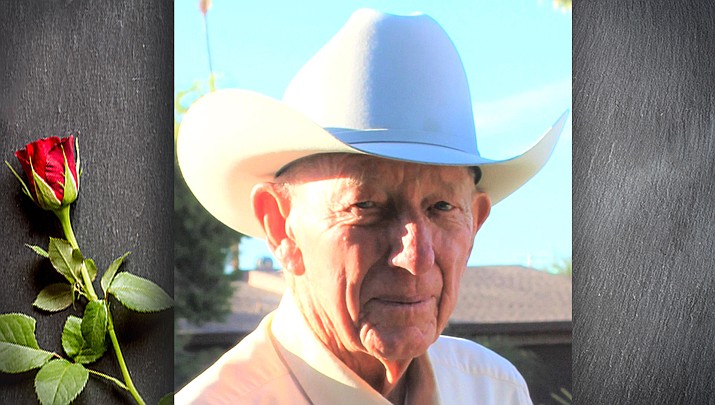 Herbert Theodore Johnson, 92, passed away of natural causes in the presence of his loving family on April 21, 2020.

Herb was born to Anna and Leonard Johnson on May 15, 1927 in Kewanee, IL. He graduated from Kewanee High School in 1945. Herb then joined the U.S. Navy SeaBees and was stationed on the island of Guam during World War II. He was on board the U.S.S. Missouri, and present on deck when the Japanese signed their surrender.

Herb married his hometown sweetheart, Joan Lucille Bradley, on February 4, 1949 prior to his second tour of duty on Midway Island during the Korean Conflict. After completing his military service, Herb and Joan moved to Arizona in 1952.

Herb began working in the aerospace industry for Airesearch, and retired after 38 years of faithful service. He loved the Southwest desert and became an avid outdoorsman, hunter and fisherman.

He was regarded as a venomous animal expert, known for collecting rattlesnakes, tarantulas, and scorpions for the Arizona State University research lab.

After retiring, Herb and Joan moved to Parks, AZ where they were both active volunteers for the Kiwanis, and where he became a volunteer Sheriff for Coconino County for over 10 years.

He was beloved and respected by everyone he met, but most of all by his family. His strength, compassion, generosity, humor and spirit have served as a compass for his family, and will continue to live on through the stories and wisdom he shared.

A private memorial has been held. Arrangements entrusted to Messinger Indian School Mortuary.