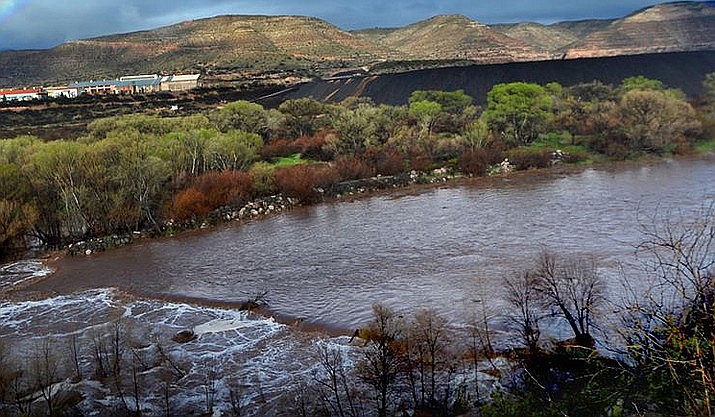 A woman drowned in the Verde River while floating on a paddle board between the Lower TAPCO access point and Tuzigoot Bridge in Clarkdale on Saturday, according to Clarkdale Mayor Doug Von Gausig. File photo

CLARKDALE, Ariz. — A woman drowned in the Verde River while floating on a paddleboard between the Lower TAPCO access point and Tuzigoot Bridge in Clarkdale March 21, according to Clarkdale Mayor Doug Von Gausig.

The woman was floating with other people in waters that Von Gausig said were high and that he would only recommend for experienced kayakers and paddle-boarders.

Paddleboards are like surfboards that people stand on and float on the river, he said. The mayor said they were not releasing the name until the family members are notified. He did not know her age. She apparently separated from her paddleboard, Von Gausig said. The victim was wearing a personal flotation device jacket.

Von Gausig did not know the victim’s experience level. but said until the water level gets down, it’s not suitable for anybody but experienced kayakers.

There is a lot of debris and obstructions that are dangerous, he said.

The mayor said he is unaware of any drowning incidents in that section of the river, which is popular among kayakers and kayak companies who draw permits to float tours there.

The victim was taken to the Verde Valley Medical Center where she was pronounced deceased.