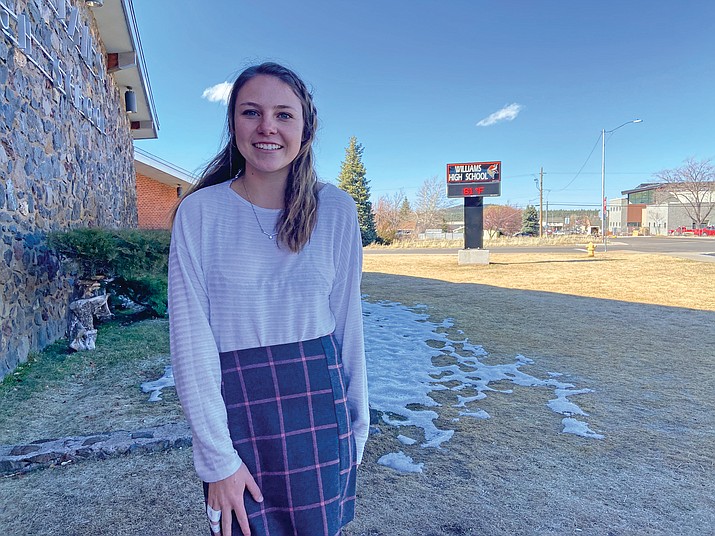 Maegan Ford is a senior at Williams High School. She has attended school in Williams since kindergarten.

Maegan is in National Honor Society and is the student body and senior class secretary.

She has played volleyball, basketball and softball at WHS.

One of Maegan’s favorite classes at WHS was Mrs. Gutshall’s freshman English.

“She was a big inspiration and big help for me,” she said.

Maegan said Mr. Echeverria has had a big impact on her.

“He has been a big part of my high school career with sports,” she said. “His way of coaching and philosphy of playing the game and life is pretty cool.”

Maegan’s best memories are all the sports tournaments. She also especially loved softball at Needles and the powder puff games at Homecoming.

Outside of class, Maegan spends time with her family playing sports and doing river trips. She also worked at Dairy Queen.

After graduation, Maegan is attending Paradise Community College to play softball, and then plans to transfer to University of Arizona to study nursing.