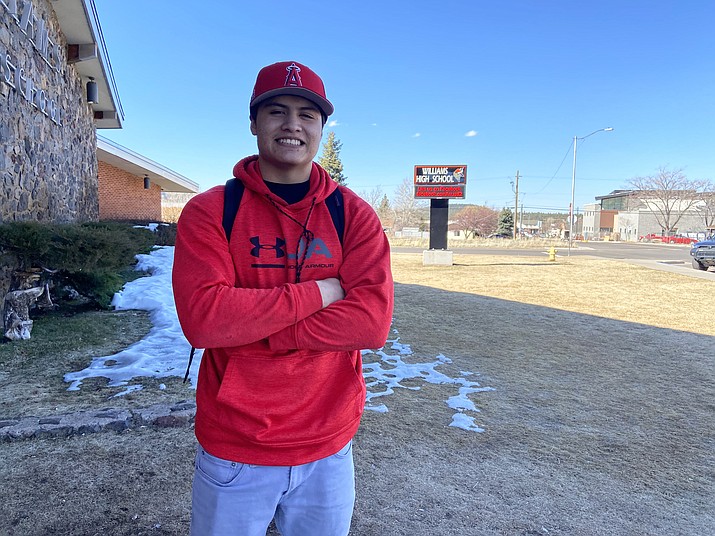 Dorian Ayala is a senior at Williams High School. He has attended school in Williams since kindergarten.

He has been involved with football, basketball and baseball at the school

He said he liked classes with Mrs. Gutshall, Mr. Brownlee and Mr. Hatcher.

“But most of my teachers were pretty chill,” he said.

His best memories are trips with his teammates and his state championship football win.

“That was something different,” he said about the football season.

Outside of school, Dorian works at Howard Johnson hotel and does tree trimming with his step dad.

For fun, Dorian likes to spend time with his friends.

After graduation, Dorian plans to work for awhile before making any plans. He said he is also considering joining the military.