Unemployment claims balloon in Arizona due to virus 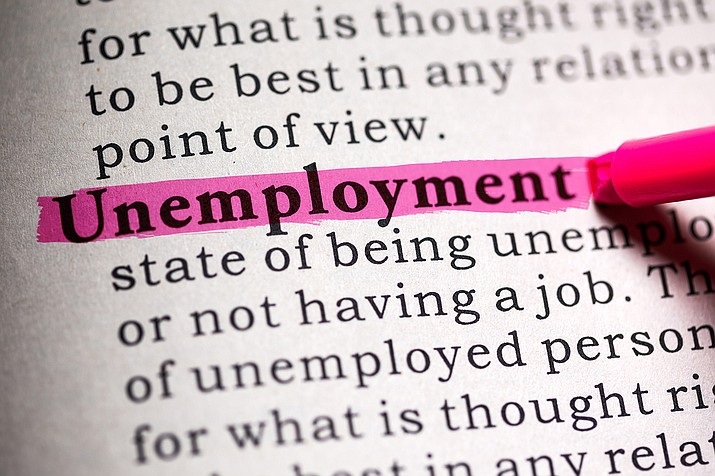 PHOENIX – The number of Arizonans applying for jobless benefits jumped by a factor of seven this past week, providing the first clear indicators of the effect COVID-19 is having on the state economy.

New figures from the state Department of Economic Security shows there were 29,333 initial claims for unemployment insurance for the week ending this past Friday. That compares with 3,844 the week before and 3,357 the week before that.

And all this occurred before the Legislature adopted an expanded definition of who is eligible for benefits to include not just those laid off but also to waive requirements for people to go out and look for work to get the weekly checks. That provides relief for those who expect to go back to their original jobs once their employer reopens.

More significant, it protects those who are either infected themselves or live in a home where someone has COVID-19.

Glenn Hamer, president of the Arizona Chamber of Commerce and Industry, said those are precisely the people who should not be out going from job site to job site.

On top of that, Gov. Doug Ducey has issued an executive order waiving the existing one-week waiting period after being out of work before someone can collect benefits.

All that portends even higher numbers of people out of work – and looking for benefits – in the weeks ahead.

In a new report, the Economic Policy Institute estimated that the state will lose nearly 280,000 jobs in the private sector due to COVID-19.

Not surprisingly, many of these will come in the leisure and hospitality industry, what with the shuttering of bars and a prohibition against in-restaurant dining in the counties with confirmed cases.

What makes that important is that one job out of every five in private industry is in those two sectors.

And there's a hit to the larger economy.

The most recent figures from the state Office of Economic Opportunity – from January, before the outbreak – show 2.54 million people employed in the state's private sector. The losses projected by the Economic Policy Institute amount to about 11.1% of the total.

If the organization is correct, the change will boost the state's jobless rate from 4.6% to close to more than 12% by this summer. That's higher than not only than what it hit during the Great Recession but even higher than records going back nearly a half century, with a peak of 11.5% in December 1982.

Less clear is the financial implication on all of that to employers.

By law, jobless benefits are paid for from a trust fund financed by a tax that all companies pay on the first $7,000 of each worker's salary. Rates can range from less than 1% for employers who have the best job history – meaning the fewest number of workers let go – to 5.4% for those with the highest number of layoffs.

The average this year, according to DES, is 1%, down from 2.4% following the recession.

More to the point, that trust fund is supposed to be self-leveling.

Both the measure approved by lawmakers and the governor's executive order contain provisions saying that an individual company's experience in having to let go workers due to COVID-19 will not affect their premiums. But the fact remains that as the fund drains down, it will have to be replenished.

That's precisely what happened after the Great Recession where the fund, which had been at over $1 billion, actually went into the red by $600 million.

And that forced the state to actually borrow money from the federal government. All that meant not only higher premiums but an actual $42-per-employee surcharge approved by the Legislature to pay off the note.

What happens this time depends on several factors.

It starts with the trust. The most recent figures show a balance of more than $1.1 billion. But then there's the question of how long the downturn lasts.

Hamer said there's a big difference between the recession of the last decade and what's happening now. He said that one was the result of structural weakness in the economy, something that took years to overcome.

By contrast, Hamer said, the state and nation was on sound structural footing until the outbreak. And he said the worst of the virus could be over by the summer and employers could start rehiring then.

One thing Hamer does not want to do, at least not now, is entertain calls by Democrats to raise the benefits.

By law, those who are fired through no fault of their own are entitled to collect half of their salary, generally for up to 26 weeks. But each state is entitled to decide its own maximum.

State lawmakers urging an increase argued that people cannot survive on that.

Hamer, for his part, is not necessarily disagreeing. But he said this isn't the time given that more money being paid out would lead to higher premiums for companies.

"We have to look at it, as we look at that benefit, the effect it's going to have on employers that are hemorrhaging cash, particularly for smaller businesses that are facing liquidity issues as we speak,” Hamer said.

But he acknowledged that his organization has never argued for boosting the benefits. And that leaves the question of, if not now, then when?

"We're open to looking at all aspects of the program,” Hamer said. "We want it to remain competitive.”

He said there might be some opportunities for "flexibility” at some point in the future.

A record 10 million sought US jobless aid in past 2 weeks
Arizona jobless rate ticked up to a tenth of a point in December as companies shed employees
Estimated 17% of Arizona workforce without jobs; 601,518 have filed for unemployment
Trump signs $484 billion measure to aid employers, hospitals
New minimum wage here to stay
Event Calendar