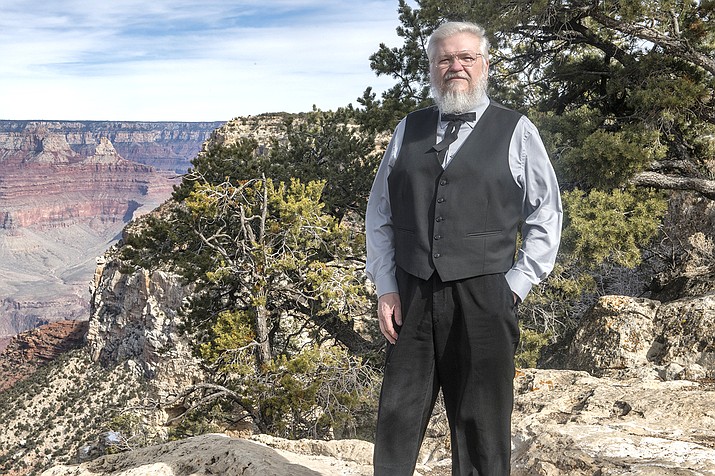 Pastor Russell C. Lambert of Grand Canyon Baptist Church passed away February 25, 2020 at 10:09 a.m. at his home on Havasupai Street.

Pastor Russell was preceded in death by his grandparents, dad Clark, brother Tom, and grandson Johnathan. Surviving family members include his wife Bonnie, mom Agnes, brother Don, four sons, four daughters, six grandsons and seven granddaughters. Russell loved the outdoors and camping, hiking and fishing with his family. He was excited to be a new member of the Grand Canyon Community. A memorial service will be held on a public group setting via Facebook on April 19. In lieu of flowers please consider a donation in his honor to Hopekids Arizona, Colten Cowell Foundation or Grand Canyon Baptist Church.

Pastor Russell wrote several books. One of his books has a chapter on “Lack of Trust.” Is there anyone out there you can trust? Has the saying “trust no one” come true in our generation. From the televangelist to the pastor, the gray haired deacon…is there anyone out there telling you the truth? Do you trust God? Stop and think for a moment. Have you sincerely and completely placed your confidence in God? Are you convinced beyond any shadow of doubt that God has your best interest at heart? You should because He told you that He did.

John 14:1-3: “Let not your heart be troubled: ye believe in God, believe also in me. 2In my Father’s house are many mansions: if it were not so, I would have told you. I go to prepare a place for you. 3And if I go and prepare a place for you, I will come again, and receive you unto myself; that where I am, there ye may be also.” KJV