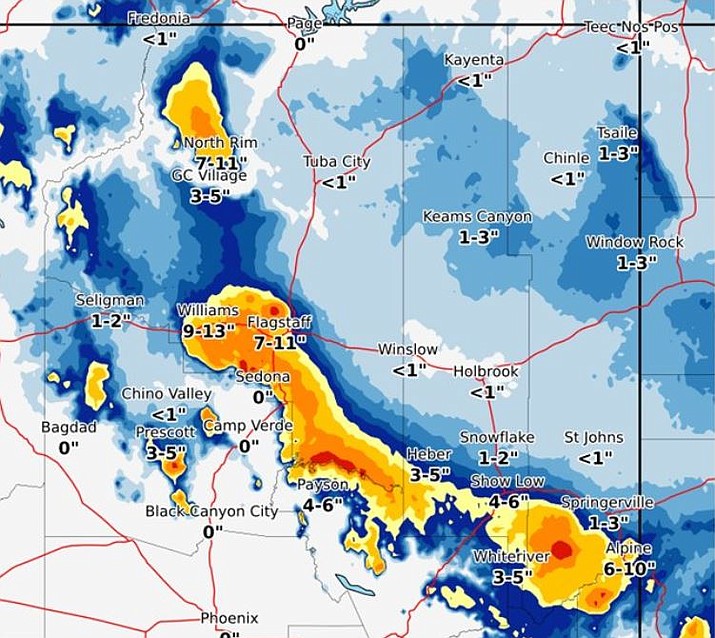 WILLIAMS, Ariz. — A potent and cold winter storm will bring significant low elevation rain and a possible nine to 13 inches of snow in Williams early March 18 through March 19, according to the National Weather Service in Flagstaff.

A Winter Storm Watch is in effect with predicted snow levels beginning around 4,500 feet, with snow accumulations of nine-13 inches possible above 6,000 feet. High water and flooding in lower-elevation streams and washes may also occur.

Forecasters are calling for an 80 percent chance of rain showers during the day March 18 with a high around 44. There will be south winds from eight to 16 mph, with gusts up to 30 mph. Little snow is expected.

Thursday there is a 40 percent chance of snow with less accumulation. Highs will be near 41 with southwest winds nine to 14 mph.

Thursday night decreases to a 10 percent chance of snow before midnight. Lows will be around 23 degrees.

Highs will be near 47 degrees on Friday and 53 by the weekend.