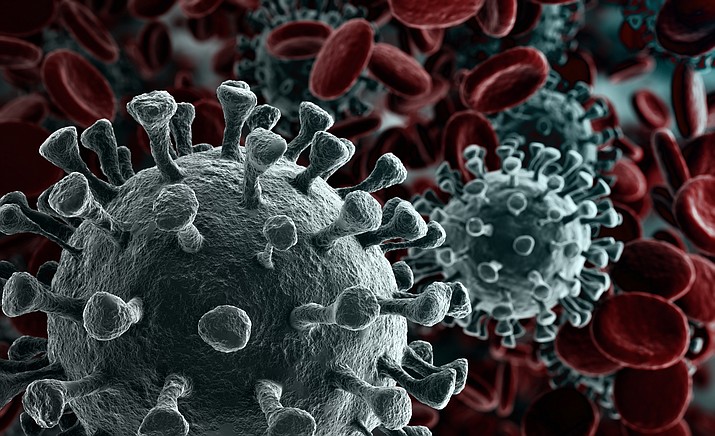 PHOENIX (AP) — Arizona has three more cases of the coronavirus, raising the state's total to 12 and including the first in rural Graham County where a town's school district had already shut down before test results were available on a school employee who now has tested positive, officials said Saturday.

The other two latest cases are one each in Maricopa and Pima counties, giving them four and two cases respectively. There was no change to Pinal County's total of five cases, all in the same household.

Health officials said there was no clear link between Pima County's first case identified March 9 and the latest one identified late Friday. The additional patient recently traveled to an unspecified state and officials were "working hard to learn more about this individual's potential exposure to the virus," the county Health Department said.

Maricopa County Public Health said the county's latest case involved a woman in her 30s who is isolated and recovering at home. The department said it was investigating to identify close contacts of the woman so it could make recommendations to avoid public spread.

The Pima Unified School District said Friday night that an elementary school staff member who had been exposed to the virus had tested positive and that a clinic would be set up at the junior high school early in the coming week for testing of students with symptoms.

The town's school district of approximately 1,000 students closed its schools Thursday after officials learned of the employee's exposure.

Graham County health officials asked the Pima district's fifth- and sixth-graders to remain at home until March 25 and to stay away from others.

The vast majority of people recover from the new virus. According to the World Health Organization, people with mild illness recover in about two weeks, while those with more severe illness may take three to six weeks to recover.

Though state officials have said there was no need to shut down schools statewide, multiple districts in metro Phoenix have announced closures, including some that take effect Monday when those districts' schools would have reopened after spring break.

Symptoms of new coronavirus include fever, cough and shortness of breath that can cause pneumonia. It's also flu season, so those symptoms could also be a sign of flu or other respiratory illness.

The state Department of Health Service's coronavirus site said as of Saturday morning that 183 people had been tested by the state health lab and that of those 12 were positive, 50 were pending and 121 were negative.

Gov. Doug Ducey on Wednesday declared a public health emergency because of the risk of increased transmission of coronavirus in the state. He stopped short of ordering large events to be cancelled as some other governors have done.