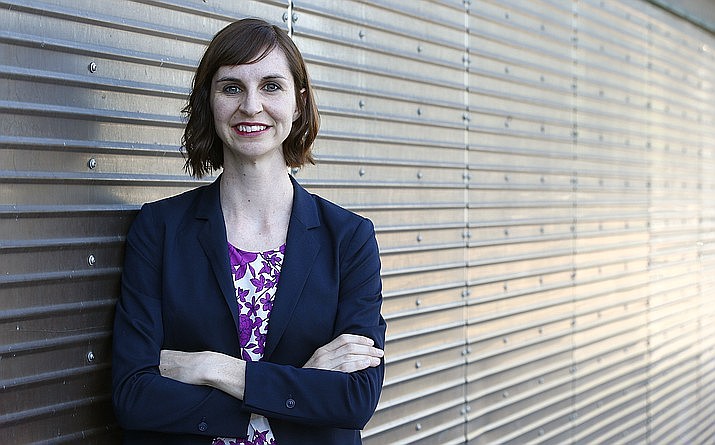 PHOENIX (AP) — Schools in a town in rural southeastern Arizona were closed Thursday while health officials determine whether students had been exposed to the coronavirus. But there were no plans for a statewide shutdown.

Widespread shutdowns were not necessary at this point because there isn't a broad spread of the virus, said Jessica Rigler, assistant director at the state Department of Health Services. The state has reported nine cases of the coronavirus.

In addition, Rigler said the COVID-19 virus doesn't affect children in the same way as older adults, who can get severe symptoms. Schools provide lots of other services, such as free and reduced price lunches and stability for children

"When you close down school, unless parents are able to stay home with their children, which takes them out of the work force, those children are just cohorted somewhere else together because they need child care," Rigler said.

State officials were encouraging keeping schools clean, recommending frequent washing of hands and sending students and staff home if they are sick.

The vast majority of people recover from the new virus. According to the World Health Organization, people with mild illness recover in about two weeks, while those with more severe illness may take three to six weeks to recover.

The Pima Unified School District announced Wednesday night there was a report that an unspecified number of elementary school students were possibly exposed to ""to an unknown illness."

The statement said schools would be closed Thursday out of caution while health officials determined whether the illness involved the coronavirus.

Meanwhile, Northern Arizona University joined Arizona State University and the University of Arizona on Thursday in moving all classroom instruction online. The Flagstaff school announced that the transition will begin March 23 after spring break and last at least two weeks. However, campus facilities will remain open.

In other developments, leaders of the state Legislature announced they would bar the public from most areas of the Capitol, including visitor galleries and hearing rooms. House Speaker Rusty Bowers said in a memo to staff that the Legislature was banning school field trips, a daily event during the session, and visits by dignitaries.

The memo urged lawmakers and staff to avoid in-person meetings and said older or more vulnerable employees could work from home. Members of the public who want to comment on legislation were urged to call or email their representatives or sign into the Legislature's "Request to Speak" system.

Lawmakers rushed to approve a measure that appropriates $55 million to the state's public health emergency fund, and Ducey promptly signed it.

Lowell Observatory said it no longer would allow visitors to the popular tourist destination in Flagstaff until further notice. Organizers said they were cancelling an air show scheduled Friday and Saturday at the Marine Corps Air Station at Yuma.

Also, the Democratic National Committee announced it was moving Sunday's presidential debate from Arizona to Washington, D.C., and the president of the Navajo Nation on Wednesday declared a public health state of emergency for the tribe's reservation.

A big hit also will come from Major League Baseball's decision to cancel remaining spring training games and delay the start of the regular season by at least two weeks.

Fifteen Major League teams hold spring training in Phoenix and its suburbs. In 2018, the games generated an estimated $644.2 million in economic activity, according to the Arizona Cactus League Association. The season was set to end next