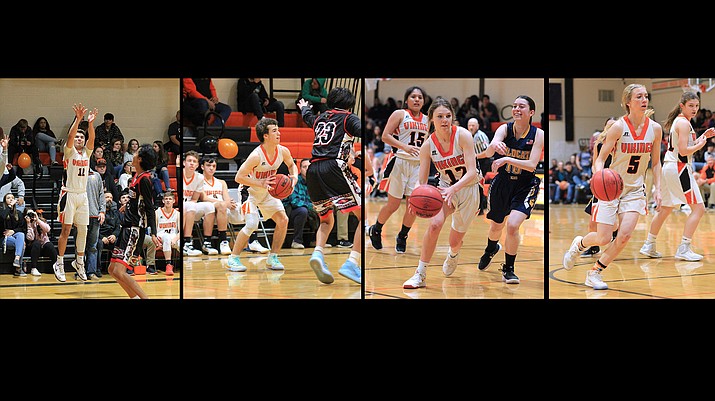 WILLIAMS, Ariz. — The Arizona Interscholastic Association (AIA) has announced the 1A Central Region awards for basketball.

Topping the list, Vikings junior Sydnee Mortensen was selected as the 1A Central Region Defensive Player of the Year.

Viking Maegan Ford made the All-Region First Team. She placed fourth in scoring in the 1A Central region, averaging 15.5 points per game. She was also fourth in field goals with 160 and second in 3-point shots with 38. She was second in free throws with 91.

For the Vikings boys, Zain Grantham and David Lozano made the All-Region First Team.

Lozano placed seventh in field goals with 128 field goals in the season. He was seventh in free throws with 65. He was fourth for assists, with three per game and averaged 2.2 steals per game.

Grantham placed fifth in the region for 3-point shots, finishing with 34 in the season. He was 10th in free throws with 50. He was third in the region for assists with 3.7 per game, and sixth for steals averaging 2.1 per game.