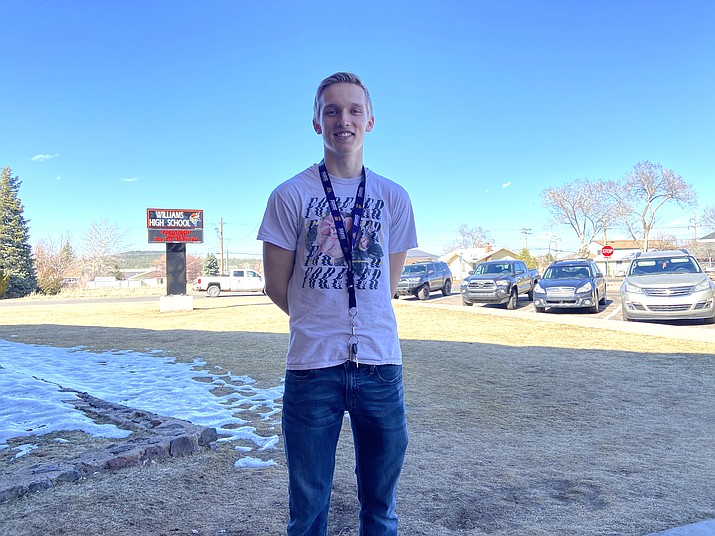 Caleb Betz has attended school in Williams since kindergarten.

Some of Caleb’s favorite classes include physical science and weight lifting.

Teachers who have made an impact in his life are Troy Mortenson.

“He motivated me to do better in school,” he said. “Mr. Lee also helped me out a lot, giving me a lot of advice. Mrs. Lee and Kowalski too.”

Caleb has worked at the Zipline in Williams and Kicks on Route 66.

After graduation, Caleb plans to move to Flagstaff and work.

Caleb said his favorite memories of high school was his entire Junior year.

“That’s when I really started to connect with people and hang out with friends” he said.

He also enjoyed traveling to the Camp Verde Tournament where he scored his career high of 44 points.