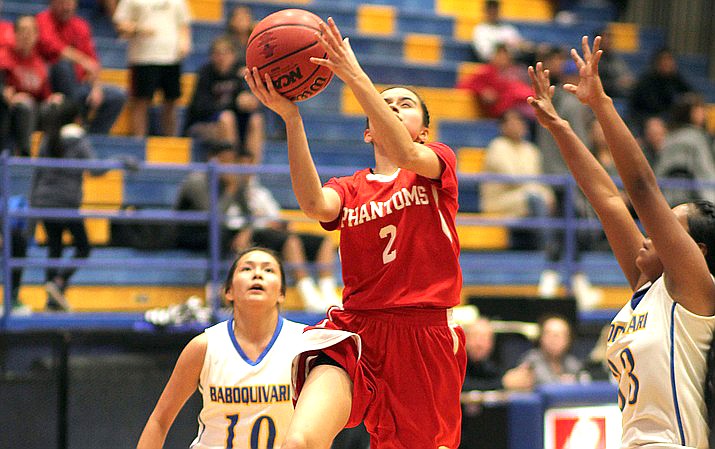 Cayli Miles fights for a layup between two Lady Warriors defenders in a 2018 game. (Erin Ford/WGCN)

GRAND CANYON, Ariz. — The Grand Canyon Phantoms girl’s basketball team was recently honored for accomplishments in the 2019-2020 season by the Arizona Interscholastic Association (AIA). Several Phantoms were recognized with 1A Central Region awards. 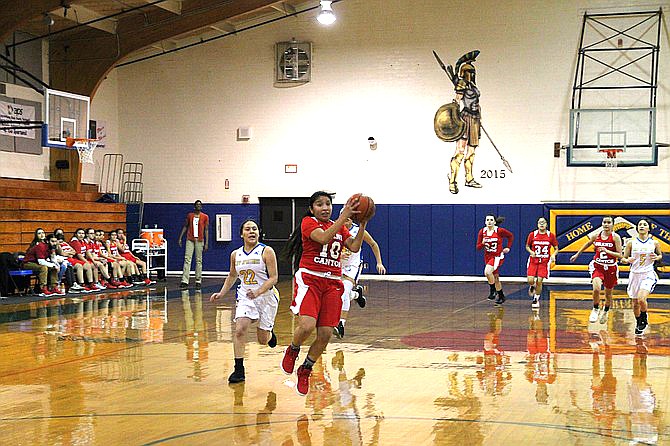 Savannah Longhoma catches a pass from Cayli Miles on a breakaway for an easy basket against the Ash Fork Spartans Dec. 19, 2019. (Photo/Erin Ford)

Topping the list, Phantom senior Cayli Miles was selected as the 1A Central Region Player of the Year.

Mills led the 1A Central Region in scoring this year, finishing the season averaging 17.4 points per game with a total of 172 field goals and 56 3-point shots. Miles also led the region in assists and steals, averaging 5.2 and 5.4 respectively per game.

Phantom Savannah Longhoma made the All-Region First Team and was second to Miles in scoring, averaging 15.7 points per game. Longhoma had 169 field goals and 52 3-pointers this season.

Alana Keebahe and Ariel Morris made the All-Region Second Team. Morris was second in the region with blocks, averaging 1.5 per game. Keebahe was eighth in the region in field goals, hitting 81 over the season. She also placed fifth in rebounds, averaging 7.8 per game.

The Grand Canyon Phantoms boys coach, Cathryn Redmon, who also coached the girls team, was selected as the 1A Central Region Coach of the Year.