K9 team makes drug and weapons arrest on I-40 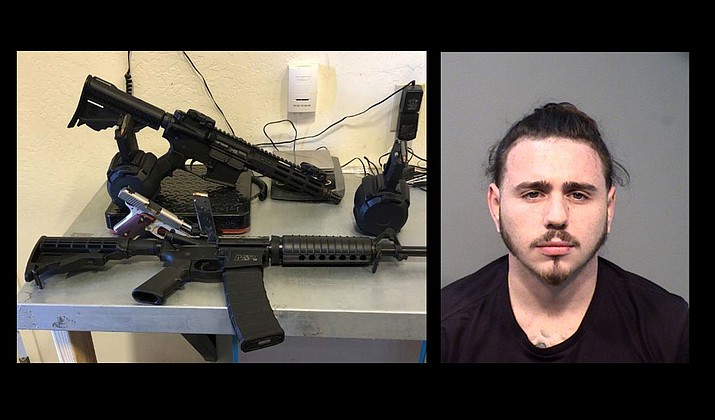 ASH FORK, Ariz. — On March 4, around 8 a.m. a Yavapai County Sheriff’s Office (YCSO) K9 deputy stopped a 2016 Kia Optima with a Texas plate for an equipment violation on I-40 near Ash Fork.

While the three occupants were being detained, a K9 deputy searched the vehicle and found two rifles, both .223 caliber, that were in bags in the trunk. With the rifles were two fully loaded 60 round drum style magazines, a fully loaded 40 round magazine, a pair of latex gloves and a brass catcher. The K9 deputy also located a 9 mm semi-automatic pistol in the pocket behind the driver’s seat.