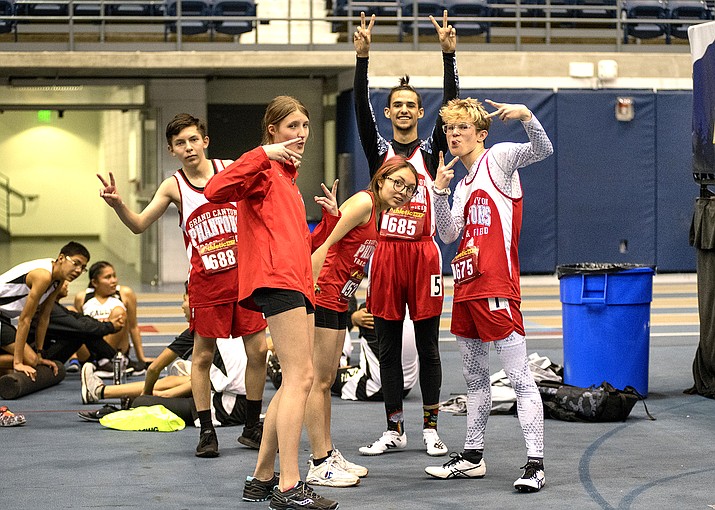 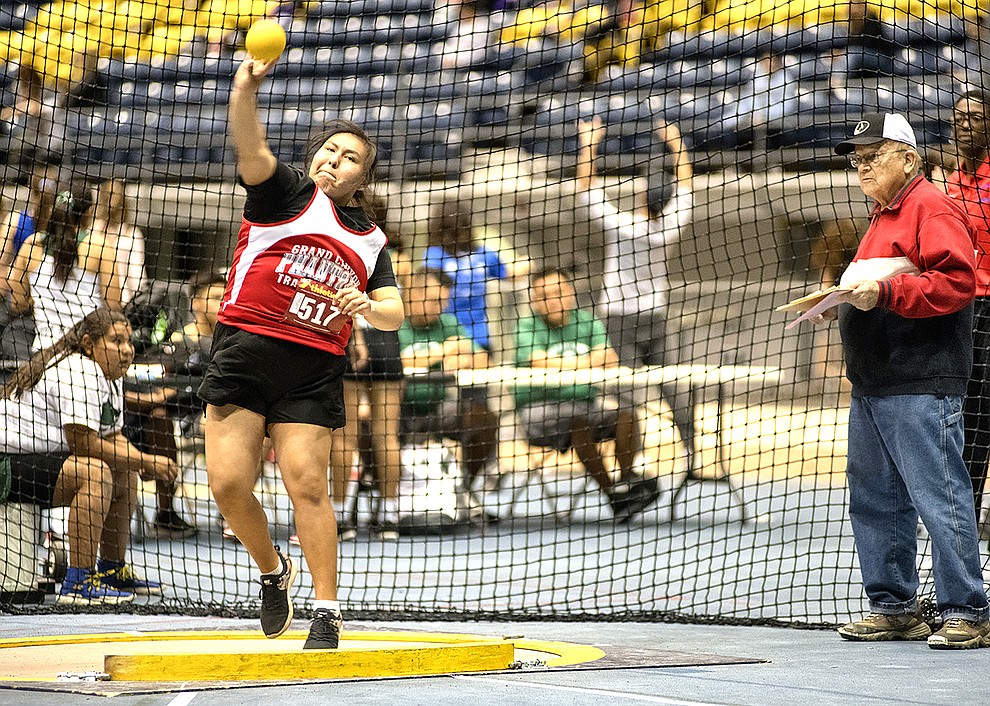 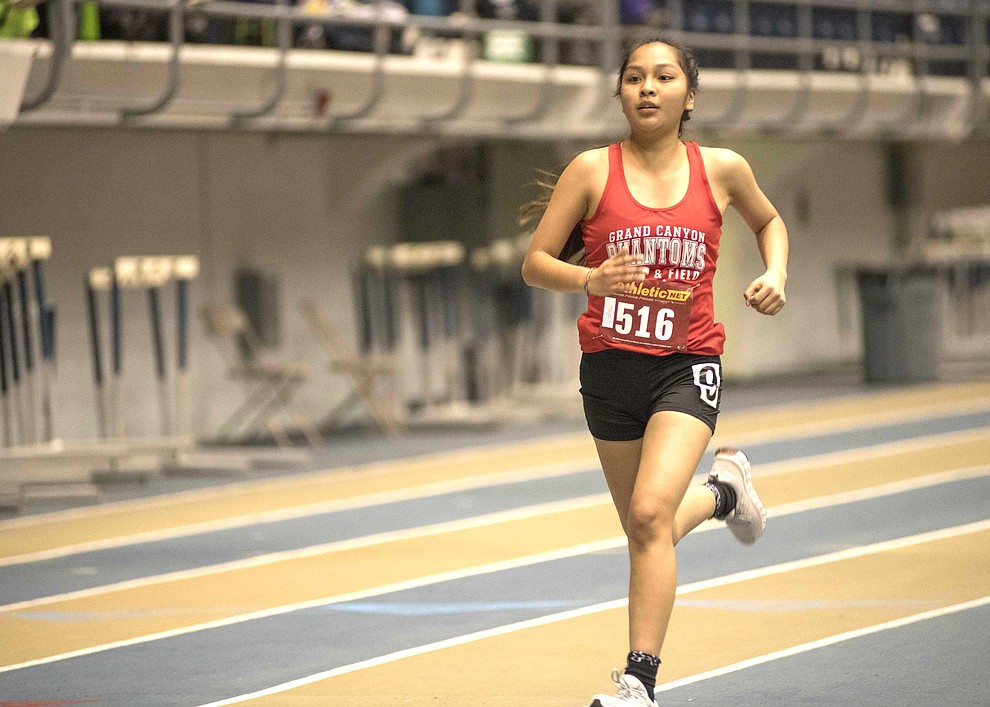 Placing 5th in her heat was freshman Kaitlin Jensen. This was the first time Jensen had run in an official track meet. (V. Ronnie Tierney/WGCN) 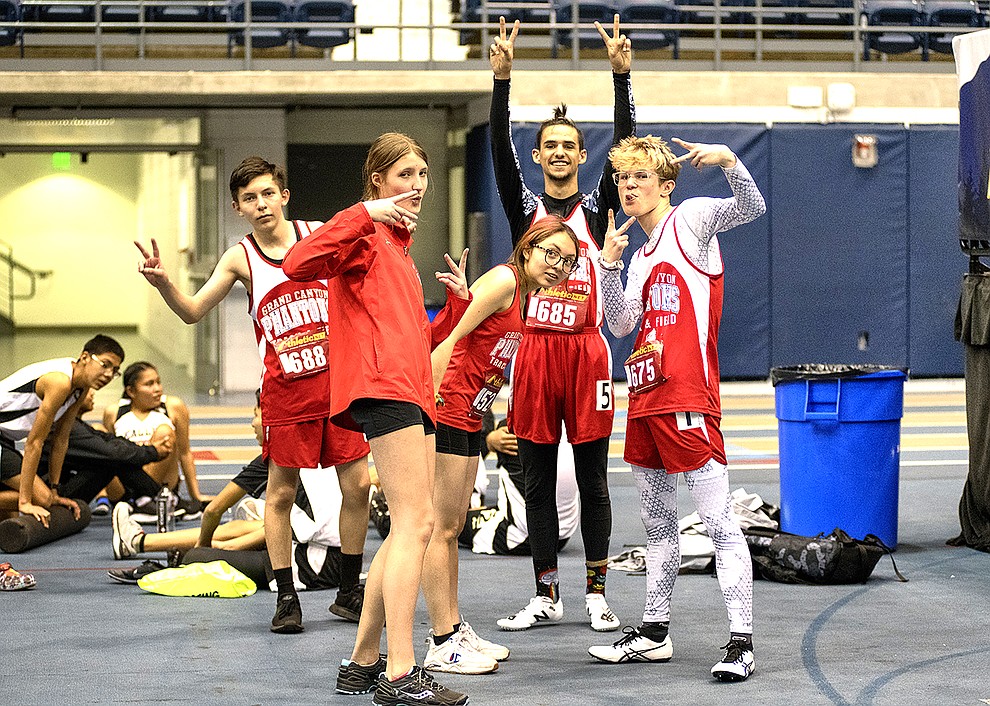 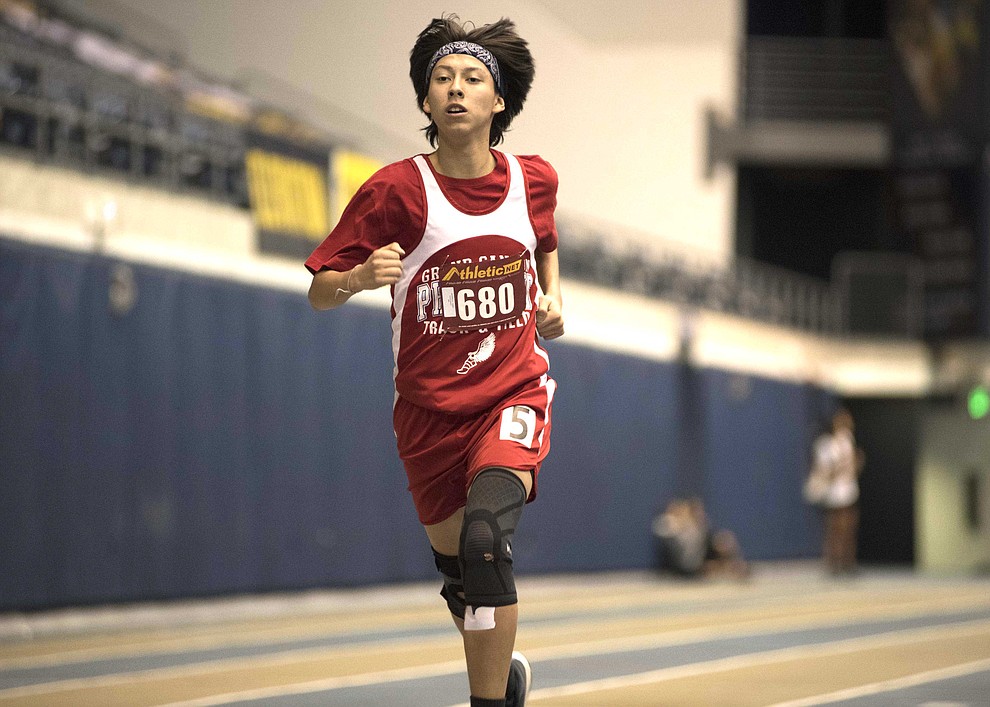 Running the 800, junior Caius Kennedy, placed 15th over all at the meet. (V. Ronnie Tierney/WGCN) 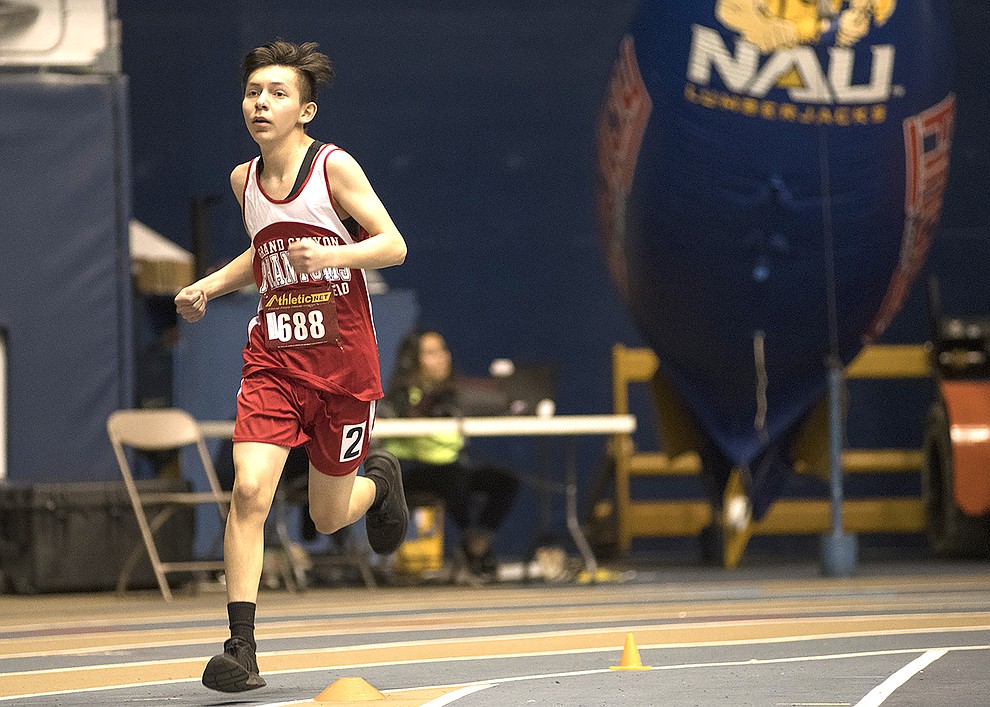 Heading into the home stretch, freshman Jafet Torres on the 800 meter. Torres threw himself over the finish line to beat his opponent. (V. Ronnie Tierney/WGCN) 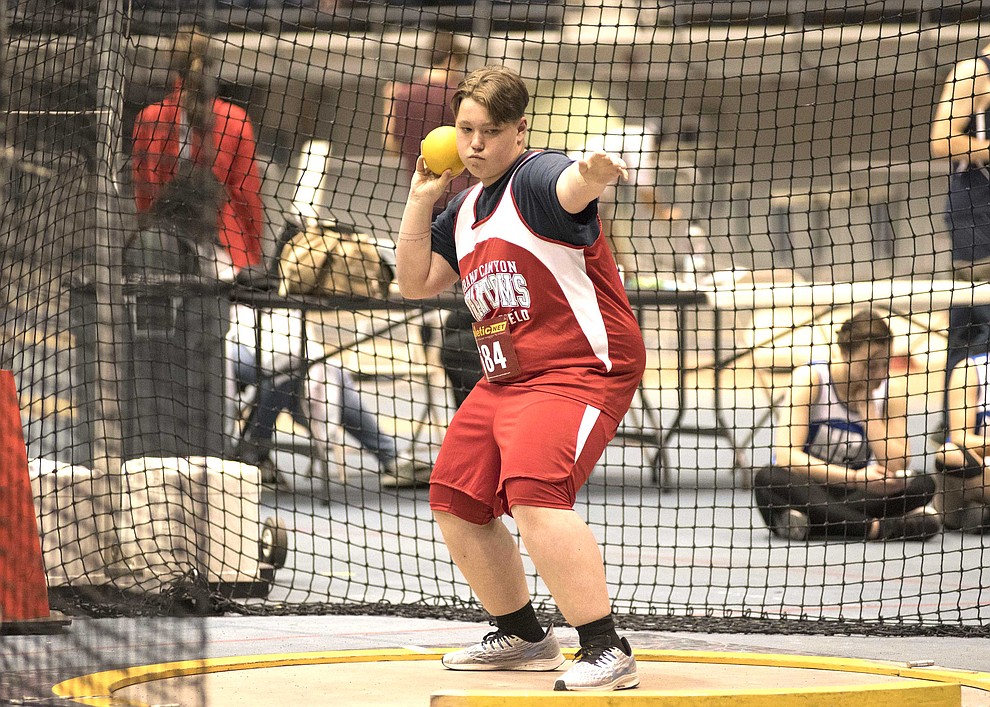 Sophomore Austin Norris-Woods gets down into a stance to throw the shot put. (V. Ronnie Tierney/WGCN) 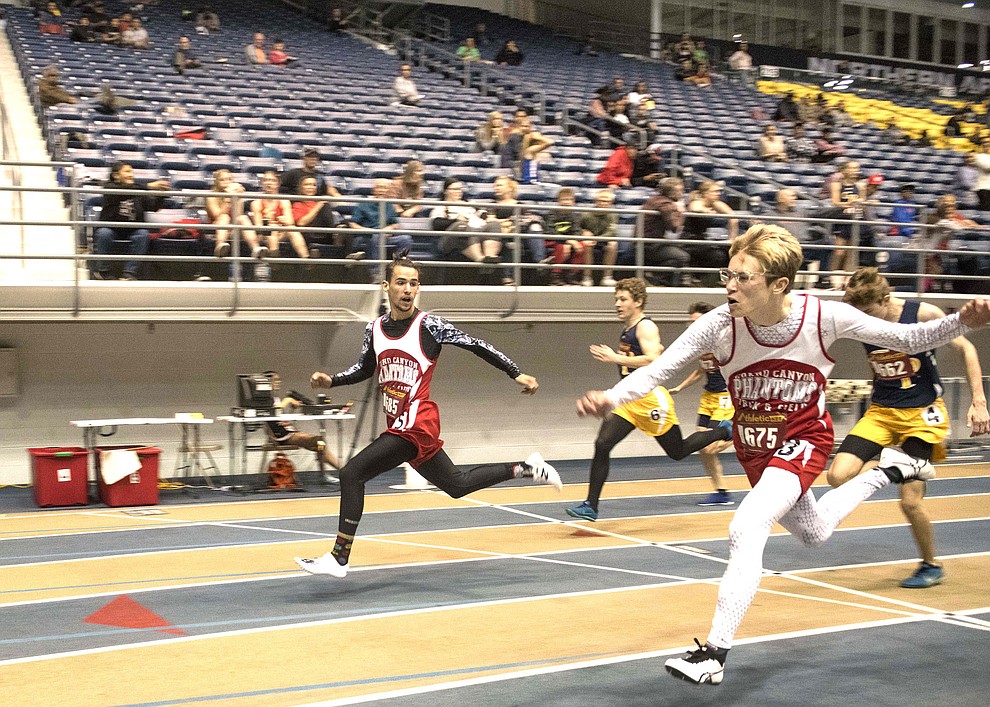 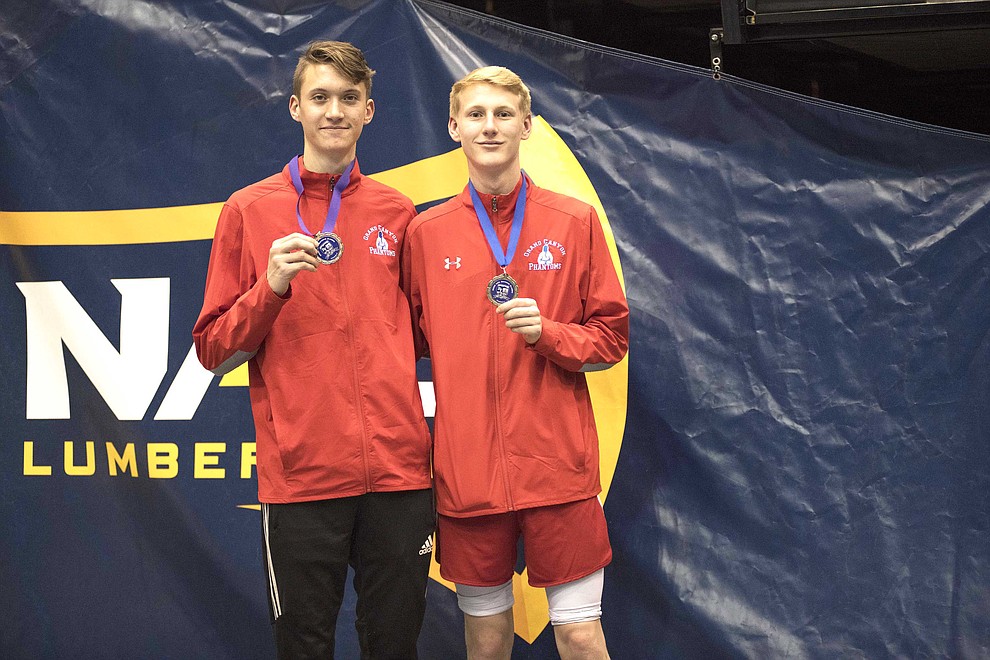 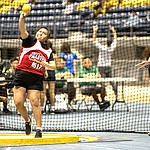 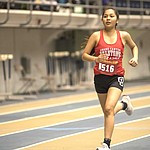 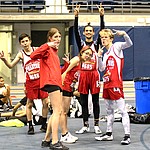 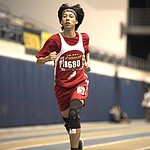 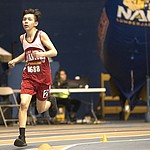 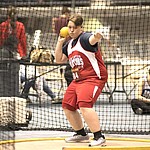 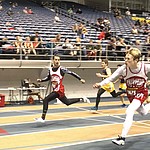 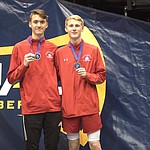 Junior Alana Keebahe not only broke the school record for shot put but also placed first in the meet.

“My first throw, I threw over 32 feet which was my personal best and this is an automatic to state,” she said.

The Division I track meet had 10 cities represented including nearby Page and Sedona.

Elna Perkins, who has been head track coach for Grand Canyon Phantoms for five years and six as coach said the team’s attitude has been very positive.

“The younger athletes are very coachable and willing to try anything we ask,” she said. “They are wanting to succeed and they’re having success.”

“Everyone is doing really well,” said Grand Canyon Phantoms coach Jeff Smith. “The teams have been putting out a lot of hard work the last four weeks and I’m actually quite surprised at how some of the freshman are doing…they’re actually exceeding my expectations. They’re very motivated and ask a lot of questions.”