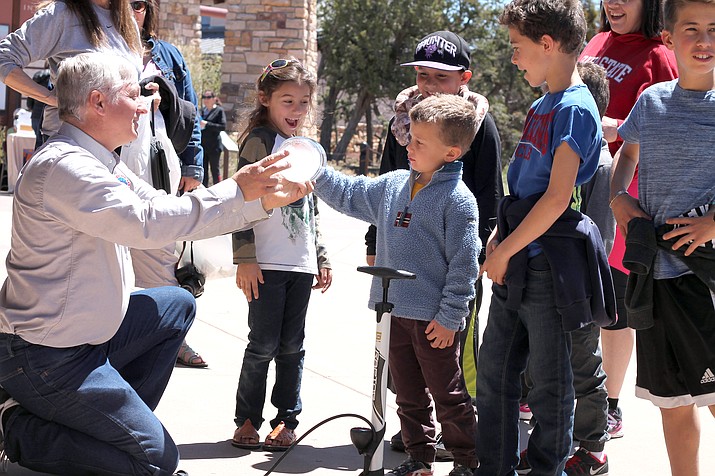 Kids learn how clouds are formed and make their own clouds in a jar during the 2018 Earth Day celebration at Grand canyon National Park. (Erin Ford/WGCN)

GRAND CANYON, Ariz. — Grand Canyon National Park’s Green Team is hosting an open-house celebration for the 50th anniversary of Earth Day and is looking for 10 to 12 participants from outside the park to participate April 18.

Grand Canyon will celebrate with an open-house from 10 a.m. to 2 p.m. April 18, at the Grand Canyon Visitor Center Plaza on the South Rim.

In honor of the 50th anniversary, this year’s theme is Promoting Stewardship of Earth’s Precious Resources. Participants are invited to demonstrate their best practices and efforts in conservation and stewardship with Grand Canyon’s visitors to promote ways of reducing the human footprint and protecting the environment.

The Green Team will evaluate all submitted applications and make final selections by April 1. To announce your

official participation, a business logo will be printed on the official event flyer released for public distribution in early April.

All appkication forms and logos must be received by March 24.