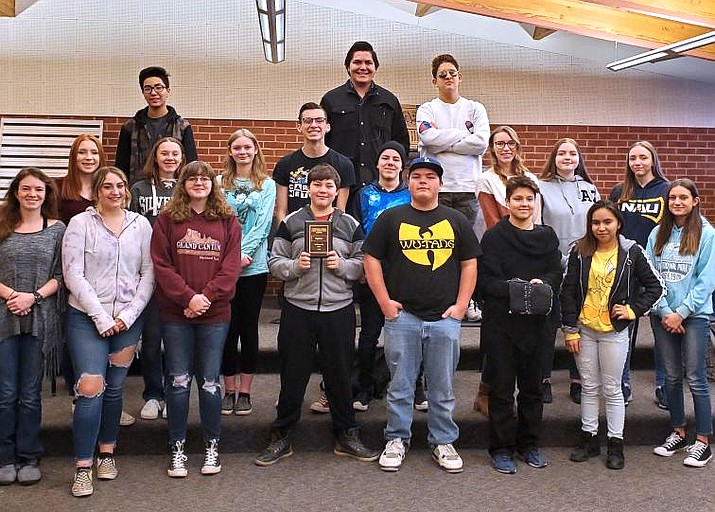 Music teacher Beverly Stearns took the Williams High School band and choir, along with the advanced middle school band to the event. The band and choir groups each received “superior” awards. 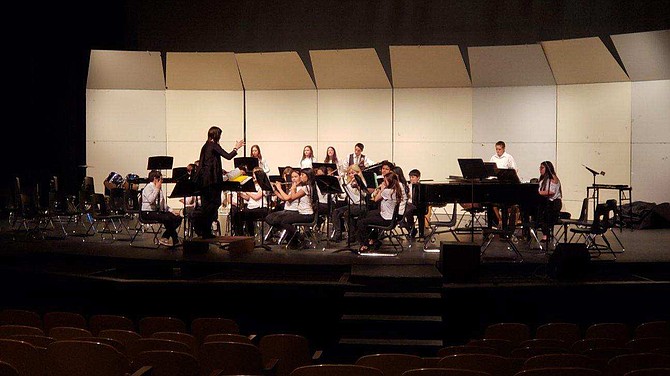 This is the second year the WHS band received a superior rating.

“Our scores were much higher this year and we came home with superior ratings —we basically got an A,” said Williams Unified School District music teacher Beverly Stearns.

“The judges critique the performance but then spend the rest of the time working with the kids to make it better,” Stearns said. “We work really hard and then within five minutes they make us even better.”

Stearns said the judges were impressed with the sound the students produced this year.

“Last year we focused on balance and went back to competition and they were impressed with our balance,” she said. “Then this year they told the band we can’t believe you can get the sound you have with the number of musicians you have. We worked on what they told us to work on.” 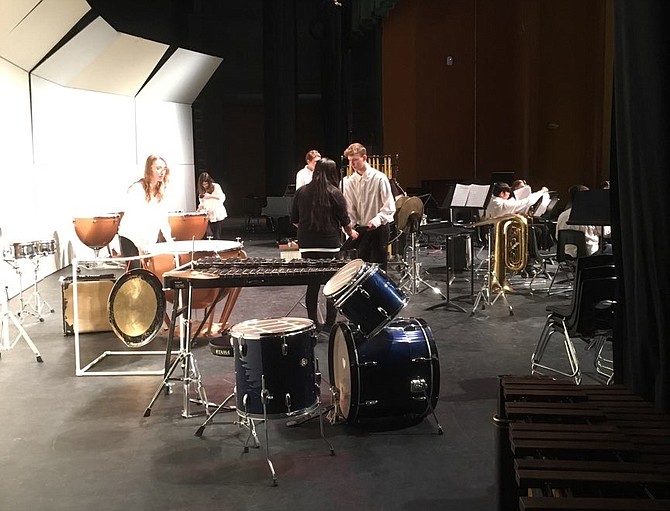 WHS band members set up before the event. (Submitted photo)

“This is the big one we get ready for,” Stearns said.

Stearns said the band spent much of this year focused on articulations, based on input from judges at last year’s event.

“We talked a lot this year about what types of articulations there are and how to get them,” she said. “We looked at how to get a deep, dark rich sound and balance — we do long tones, forever notes. Can you keep it balanced, can you crescendo, can I hear the tubas, is our pyramid of sound right?”

She said the students worked on tedious basic drills to get their foundation right.

“They really took it to heart this year,” Stearns said. “I said if you give me 20 minutes a day, we can get a superior this year.”

Stearns attributes the band’s success to her older musicians.

“My eighth graders and seniors really stepped up,” she said. “I can song and dance, but they really set the tone for the group. My seniors really wanted to get a superior again. They take their sectionals seriously, they work hard.” 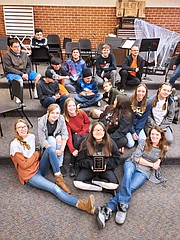 Stearns said throughout the year the band performs in various capacities beginning with the marching band in the fall. This is followed by a winter concert and numerous smaller performances.

“After concert season we get ready for competition,” Stearns said. “We also just got invited to perform at the Coconino Teacher of the Year awards in Flagstaff. Now we are gearing up for that in April.”

Stearns said the high school band recently heard they have been accepted to perform at Knott’s Berry Farm in May.

“That’s just the day after our May concert,” she said. “High school just gets inundated, but they get used to it and adapt.”

The middle schoolers are currently practicing for their May 5 spring concert.

“Their concert is on Cinco de Mayo so we are going to do some Spanish songs,” she said.

Stearns said last fall the high school band performed at the Grand Canyon Railway’s 30th anniversary event and the Christmas Advent Concert. Their next performance is at the Youth Art Month event at The Gallery in Williams.

“My goal is to get the kids out in the community and give back,” she said. “Our school theme this year includes service so we adopted the theme service through music.”