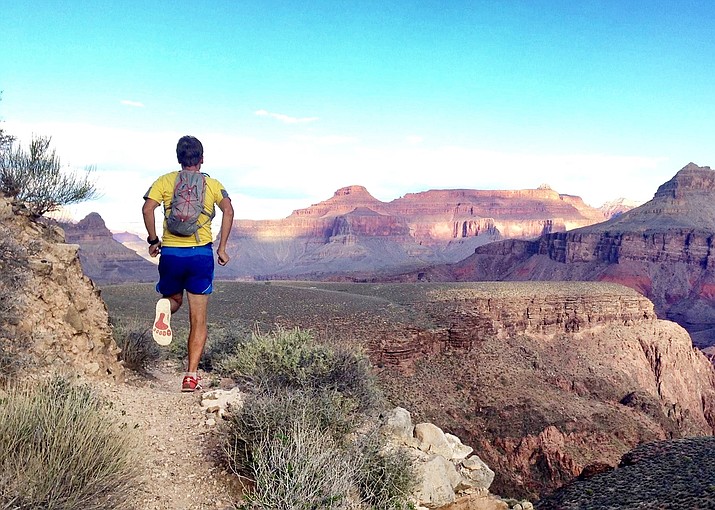 GRAND CANYON, Ariz. — Meet Benedict DugHoff. Although his face is not familiar, nor his name per se, DugHoff manages the most popular Grand Canyon hiking/running/backpacking groups on Facebook and interfaces with more than 100,000 people a day some local, some from all around the world.

Get more connected with the Grand Canyon community:

Growing up in the Netherlands, DugHoff remembers three things that spurred his love for the outdoors — being active in all kinds of sports, spending time in nature and playing outside with friends.

“As I look back at my life so far, it is remarkable how passions and interests from youth have continued,” he said.

Dughoff moved to Phoenix in 2010 and in the summer of 2013, he successfully completed two Rim to Rim to Rim (R2R2R) hikes and decided to make it an annual spring activity.

“I also thought it would be more enjoyable (and safer) to do it with others, so I scheduled a R2R2R in October….no one was interested,” he said. “So I searched for online groups I could join, but couldn’t find anything.”

On Oct. 1, 2013, DugHoff set up his first Grand Canyon Facebook Rim to Rim group page. To his surprise, people worldwide started to join.

“I found people who shared my passion for the Grand Canyon and also had a desire to create an online platform that inspired people and would provide good information,” he said.

Dughoff said the group realized that doing Rim to Rim in one day constituted a very small segment of Grand Canyon visitors so he set a up a more general group on Facebook – Grand Canyon Hikers…. which is now about to surpass 50,000 members.

“What I find maybe most interesting about this development is that it all happened so organically,” DugHoff said.

Dughoff said there was no grand plan to build several Facebook groups and start writing guidebooks — he has now written several. 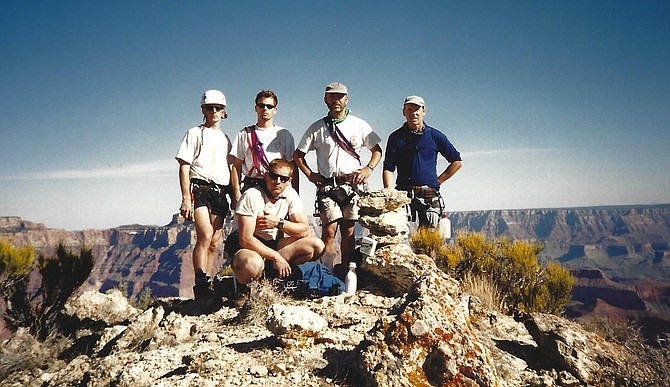 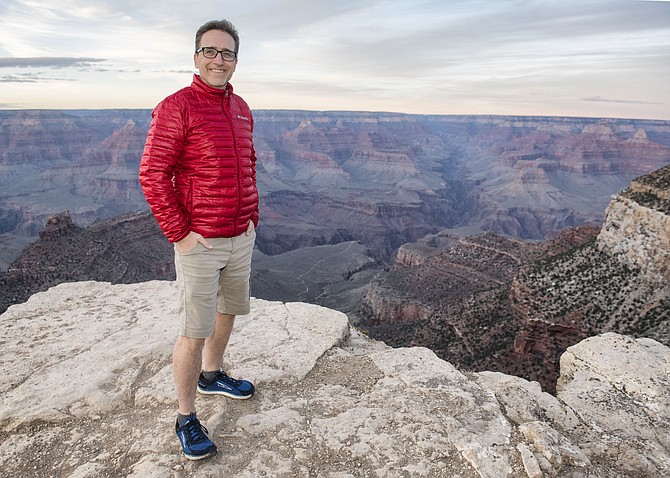 Benedict Dughoff is the founder of several Grand Canyon hiking and backpacking Facebook pages that connect hikers with all-level of skills and experiences. (Veronica R. Tierney/WGCN)

He said it simply evolved based on community interest and through thoughts about how hikers could best respond to that interest.

“I also never thought six years ago that I would still be doing this. And yet, it provides me with an ongoing connection to one of my favorite places on Earth and the other people who feel similarly about it,” he said.

Gwynne Clare Trivelpiece, who has lived at Grand Canyon Village on the South Rim for 14 years and has been hiking and rafting in the park for over 35 years, said the Grand Canyon Hikers group is doing an admirable job.

“It’s a terrific site for folks who are coming out to the Canyon for the first time and looking for information and advice on hiking our trials as well as getting trail conditions, etc.,” she said. “We have helped people needing rides out to Bass Trailhead and shuttled cars for folks, all because we have this site to network. It’s also fun seeing member’s pictures and hearing about their hikes.”

Along with using his Facebook groups for networking (he has four groups and five connecting pages), DugHoff says his impetus is also about advocacy such as supporting safety on the trails and the importance of following National Park Service regulations. Dughoff said he has personally coached hundreds of people to better train, prepare and make most of their Grand Canyon visit. Additionally, the group offers opportunities to experience and learn about hiking and backpacking the Grand Canyon at every level of expertise.

“I have been a member of the Grand Canyon Hiker's group for several years, although I have been hiking in the Grand Canyon for 35 years and have accumulated 6,500 hiking miles, I still learn new things about interesting places to visit from the group,” said retired professor of Engineering and writer Wayne Tomasi. “Benedict DugHoff has done an excellent job administering the group and is certainly an important reason for its success.”

To be more effective with his mission, DugHoff has established the Grand Canyon Trails Association.

“We’re proud that we have been able to successfully support the National Park Service with feedback and suggestions on how to improve the safety and trail and trail experience of both visitors and personnel at the Grand Canyon,” he said.

As a writer, DugHoff has written several Grand Canyon guide books and just finished his book “2020 Step By Step Guide to Visiting Havasupai and Havasu Falls: A Grand Canyon Guidebook.”

“The Grand Canyon has given me so much more than I expected and could ever reciprocate — I felt called to give something back and pay forward the gifts the Canyon has bestowed on me, including the gifts of connection, of awe and reverence, the gift of taking responsibility for my actions in nature and the opportunity to feel truly alive,” DugHoff said.

Trail Guide and Philanthropy Officer Helen Ranney said the groups have helped connect people not only for advice about the Canyon, but also in their love and admiration for Grand Canyon.

“Through Facebook and some professional organizations, these connections remind me that I am not alone in my love for this place but also remind how the Canyon is too big to comprehend,” she said.

Ranney said she has had a 19-year love affair with the Grand Canyon.

“I still laugh when I remember people talking about an area like Nankoweap for example, and I didn’t know what or where that was. We didn’t have Facebook back in those days,” she said. “Now I can provide some information to the newbies as they begin their love affair with this place that has brought so much to my life.”

DugHoff is married with a young daughter and recently moved to Asheville, South Carolina. He plans to continue to visit the Grand Canyon and eventually maybe move back to Arizona.

He can be reached at grandcanyontrails@gmail.com.