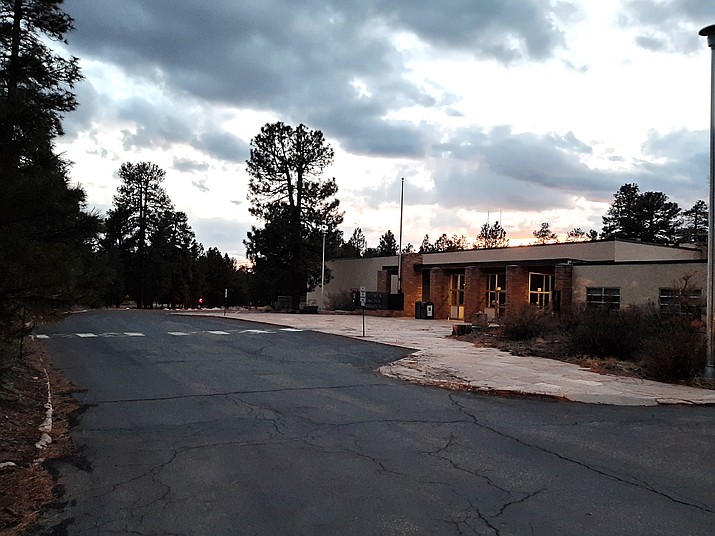 Community Wellness Meetings were established to help meet the needs of Grand Canyon and Tusayan residents. During the government shutdown in January 2019, the group helped establish the Grand Canyon Food Pantry. (Abigail Kessler/WGCN)

GRAND CANYON, Ariz. — When Matt Vandzura returned to Grand Canyon National Park in 2016 in the role of chief ranger, he started looking at statistics.

Although Vandzura's job is most directly related to the national park, he wanted to address issues in the park in a way that improved the community for residents as well as visitors. How, though?

First Wednesday of the month at Big E Steakhouse in Tusayan at 2:30 p.m.

Third Wednesday of the month at the Xanterra Purchasing Office (across from Albright Training — in the same building where people go to pick up UPS and Fed Ex packages) in Grand Canyon Village at 2:30 p.m.

He wasn't quite sure where to start, so naturally, he did some Googling and found that one of the most effective ways to prevent crime, studies show, is to work on reducing poverty. A good way to start to do that is to make sure people have consistent access to food.

"If you're worried about where your next meal is coming from it makes the rest of the solutions hard," Vandzura explained.

The poverty rate for the Grand Canyon community is relatively high (an average of 25 percent in 2017 according to citydata.com), while the area makes a lot of money from tourism — $178 million in 2016, according to nps.org, between 45 and 75 percent of students in the school district qualify for a reduced price lunch, depending on the year., according to Vandzura.

With this in mind, Vandzura made food insecurity his first target.

Improvements in these areas have come through more than just Vandzura's effort however. A number of business owners, public servants and other area residents have been continually working on this issue. Vandzura discovered that there's a lot of behind the scenes work that makes the Tusayan-Grand Canyon community the way that it is.

It was from this idea — that the big picture often gets better as the result of many small changes, that a regular community meeting was begun.

Community Wellness Meetings were created to bring together those living in the area to discover issues and create solutions.

“The purpose is to share information — bring forward any concerns and to see if as a group we can solve community concerns,” said Laura Chastain, general manager of the Grand Canyon Chamber of Commerce and Visitors Bureau. “We are very informal — just people trying to assist in our community.”

One example of the group in action was during the 2019 government shutdown. Prior to the shutdown, community members had already been working in various ways to implement programs (such as a summer lunch program for students and weekend backpack programs as well as bringing Victim Witness Services to the area), but the shutdown helped solidify the need for a stable community food program for those in need.

“(It was) really the efforts of the whole community to minimize the economic impacts," Vandzura said of the response to the shutdown.

During the shutdown, Vandzura worked with Mike Scott, a member of Grand Canyon Rotary and local church, among others) to organize food deliveries and distribution points. The Grand Canyon Recreation Center helped organize these sites, with one staff member even providing recipes people could make using available ingredients. The local church also hosted a weekly soup kitchen event.

At that time, the park also received donations from St. Mary's Food Bank in Flagstaff, as well as from local businesses, which still contribute today. The system implemented during the shutdown laid the foundation for the creation of the Grand Canyon Food Pantry, which now provides food to those in need in the Tusayan and Grand Canyon communities.

There are two parts to making these changes happen, both fairly obvious — identifying a need, and then connecting that with the people and resources best equipped to meet those needs.

These are the goals of Community Wellness Meetings, which take place in the twice monthly: the first Wednesday of the month at the Big E Steakhouse in Tusayan at 2:30 p.m. and the third Wednesday of the month at the Xanterra Purchasing Office (across from Albright Training — in the same building where people go to pick up UPS and Fed Ex packages) in Grand Canyon Village at 2:30 p.m.

The group is open to the public.

"It started out as just a few people," Vandzura said. "We... met and met and met and a lot of times it was not productive… and now on a good week, we'll have 10, 15 people (and) folks calling in on the phone. We've gotten a lot of support."