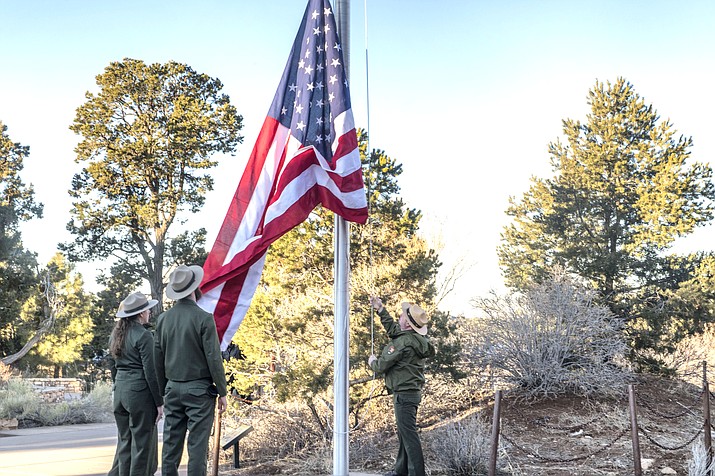 The annual picnic was not held this year because of concerns and guidelines related to COVID-19. Instead, the awards were announced last week honoring the three recipients — one deceased, and two former Grand Canyon residents now residing in Michigan.

“We made the awards in absentia with hopes that we can make it personal next year,” said Al Richmond, chair, Grand Canyon Hall of Fame Awards.

The recipients received personal plaques as well as their names engraved on permanent plaques at the Shrine of Ages, located on the South Rim of Grand Canyon National Park.

Daniel J. Tobin resided at Grand Canyon for 40 years and was employed by or owned a variety of businesses including the NPS Fred Harvey at Phantom Ranch.

Dan served as the interim manager of the Grand Canyon Airport and was a start-up partner for the Tusayan-Grand Canyon Shuttle. He was also the owner/operator of National Parks Medical Billing. 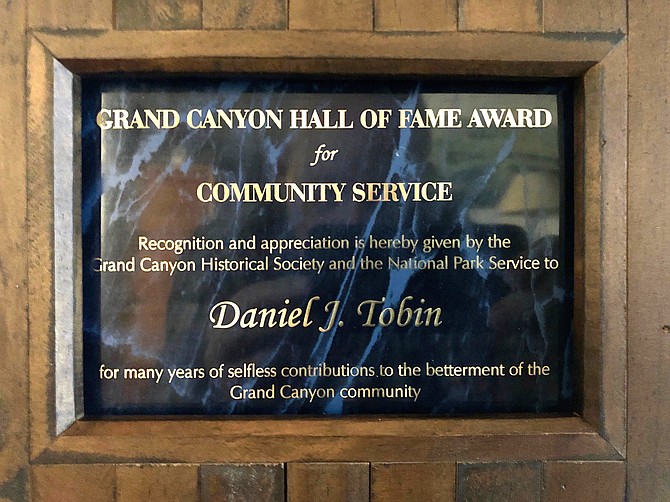 Additionally, Dan served as a board member for the Valle-Wood Volunteer Fire Department.

Terry L. Tobin also resided at Grand Canyon for 40 years and served the community in a variety of capacities.

Terry was a Grand Canyon School teacher for 30 years, the start-up manager of the Squire Day Care Center and worked for the Fred Harvey at the Rim and at Phantom Ranch. 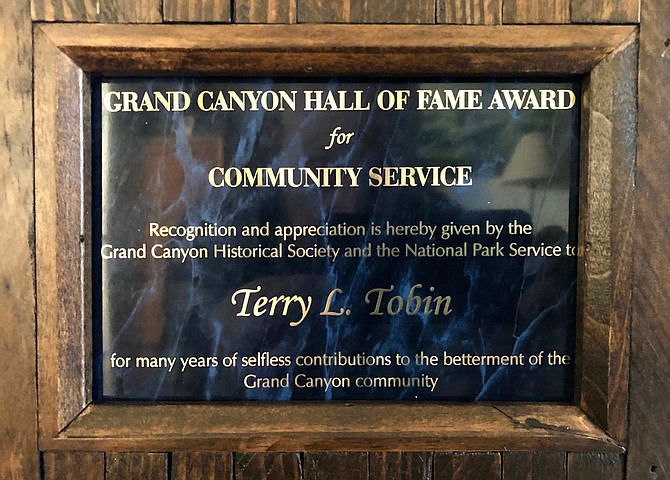 During her 40 year tenure at Grand Canyon Terry managed to squeeze in time as an AYSO volunteer, start-up coach for Little League Softball, Booster Club member and officer, Hands Across the Border coordinator, PTA member, coordinator, coach and judge for Odyssey of the Mind, Grand Canyon Music Festival volunteer and all-around worker for the Community Holiday Baskets.

During his 20 years of service as a National Park Service interpretive ranger, Ron was a teacher and mentor. He gave thousands of ranger programs to the visiting public, working until just a week before his passing. He epitomized tenacity and devotion as an interpretive park ranger.

Ron had the innate ability to connect visitors to Grand Canyon and help them find their own reason to love this place. He spent countless hours and devoted much of himself to coaching and encouraging new rangers to perfect his beloved craft of interpretation.

Ron will be long remembered for his portrayal of Captain John Hance, an early Grand Canyon pioneer, guide and storyteller. Ron last portrayed Hance for the Grand Canyon Historical Society at the 2019 Symposium.

These recipients were recommended for their community service by previous recipients of the award and current Grand Canyon residents.

“We rely on their recommendations as they know better than anyone who has been involved in community service at the Grand Canyon,” Richmond said.