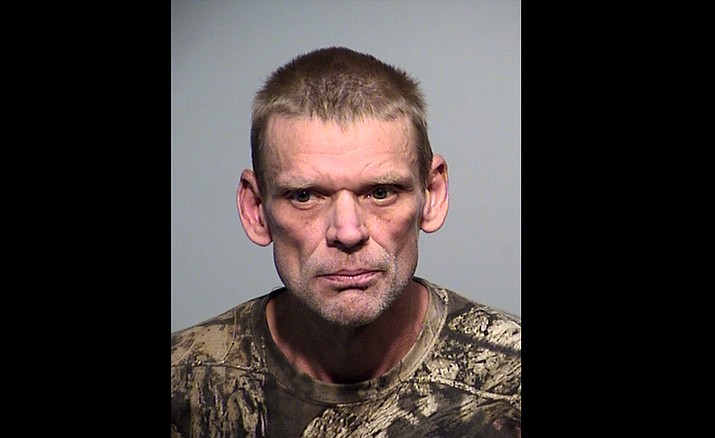 ASH FORK - Through a cooperative effort of the U.S. Marshals Service and Yavapai County Sheriff's Office, assault suspect James Snow is in custody.

The U.S. Marshal's Arizona Violent Offender Task Force (VOTF) arrested Snow at a property in the Juniper Woods Community south of Ash Fork July 24. Officers developed information about Snow's location and hiked to the property in the early morning hours. Snow was found inside an RV and arrested without incident.

"Once the information was received, the VOTF went to work quickly with the goal to find and arrest Snow" YCSO said in a release. "Their effort on this matter also allows our deputies and special teams to remain available for other public safety needs throughout the county."

Snow was involved in the incidents in the Juniper Woods area of Ash Fork during the last week of May.

Both incidents were not immediately reported to law enforcement by the victim.

On June 19, deputies with YCSO were told Snow was at the property in Juniper Woods. During follow-up at the location, Snow could not be located. It is believed he fled after realizing law enforcement was in the vicinity.

“The arrest of James Snow, in an isolated and remote area 20 miles southwest of Ashfork, required complex and intricate planning on the part of the Yavapai County Sheriff’s Office and the U.S. Marshals Service," Gonzales said. "Snow’s arrest was a priority for both our agencies due to his recent violent behavior and actions with a firearm that could have resulted in additional victims."

Snow was booked into the Camp Verde Detention Center on two felony warrants. Additional charges regarding the domestic violence incident are forthcoming.

YCSO thanked the public for its calls and emails on this matter.