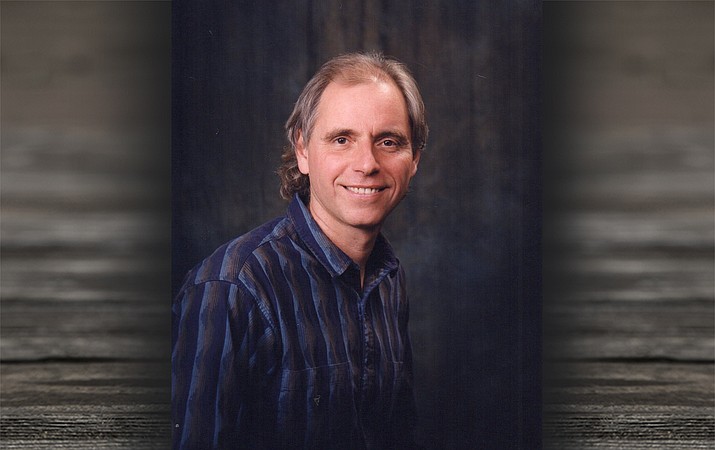 Larry was born in Pittsburgh Pennsylvania, on October 5, 1948, the eldest child of George and Margaret Lesko. Larry lived in Williams from 1985 to 2001.

He is remembered by friends and family for his easy smile, gentle spirit, generosity, and kindness. Larry stayed true to his principles of freedom, equality, social justice, and engaging in the political process. He played guitar and enjoyed traditional music as well as Bob Dylan and the Grateful Dead. He loved every Pittsburgh sports team.

Larry had an adventurous spirit and hitchhiked west at age 18 to surf in southern California. He lived for a time in San Francisco and received an AA degree from Santa Monica City College in 1970. Larry’s inquisitive mind and curious nature led him to various occupations throughout the west and in Pittsburgh, where in 1973 his beloved son Jesse was born from his first marriage.

Larry was working as a timber road surveyor for the Kaibab National Forest on the North Rim of the Grand Canyon when he decided to return to college in 1983. He obtained a degree in anthropology from Northern Arizona University in Flagstaff in 1985. That is where he met his wife, Teri, who had also returned to school as an archaeologist. It was the beginning of a true partnership and a life of worldwide exploration. Larry and Teri married on the rim of the Grand Canyon on the Summer Solstice in 1986.

Larry began his career as an archaeologist on the Kaibab National Forest that year. He conducted research, began a tribal relations program that set the national standard for collaborative relationships, engaged with volunteers, and pioneered the management of heritage resources in wildland fire operations. He backpacked and took river trips in the mountains, canyons, and rivers throughout the west. Son Jesse moved to Williams in 1987 and graduated from Williams High School in 1991.

In 2001, Larry and Teri embarked on a new adventure at the Forest Service’s national headquarters in Washington D.C., where he staffed the National Wildland Fire Leadership Council, bringing together state, federal, and tribal governments to address fire issues across the nation. He continued this work from Tallahassee after following Teri to the National Forests in Florida in 2009. He retired from the Forest Service in 2011.

Larry’s love for the land and the creatures it supports led him to become certified as a Green Guide and Master Gardener in retirement. He enjoyed kayaking and eventually traveled to all 50 states and numerous countries, but he left his heart in Arizona.

Larry would want to be remembered not for the brave way he died, but for the noble way he lived, accepting loss as a part of life. He believed in the interrelationships of all beings and the importance of helping each other on life's journey. Larry was not religious but profoundly spiritual in his relationship with the world and its life forms.

Larry will be lovingly remembered by his wife of 34 years, Teri Cleeland of Tallahassee; son Jesse Lesko (Bonnie) of Pittsburgh; his sisters Lolly Lesko Watanabe of Berkeley CA and Marilou Sethre (Richard) of Minneapolis MN, brother Mark of Sisters OR; sisters-in-law Cathy DeLucia (Joe) of Apollo Beach FL, Nancy Cleeland of Arlington VA, Patti Cleeland (Dan) of Tinley Park IL, Carol Klopfenstein (Bruce) of Tallahassee FL, and Kate Ingold (Sonny) of Pasadena CA. Larry will also be remembered by numerous cousins, nieces, and nephews. He is profoundly grateful to have known many friends and colleagues throughout the country, including in Williams.

Blood cancers MDS and Leukemia shadowed Larry for the past decade. He had a bone marrow transplant in 2016 that enabled him to live, travel, and love for more years than expected, but not as many as we wished for. Larry benefited from many blood transfusions and was ever grateful for this gift of life. If you are able, please consider donating blood in Larry’s honor.

A memorial service is not planned at this time, but Larry would want you to raise a glass to toast a life well lived.

A memorial page can be found at forevermissed.com/larrylesko and you are invited to join us in tribute to a remarkable life.